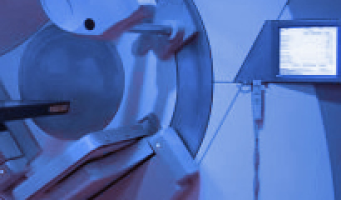 However, the addition of brachytherapy has declined in the U.S. since the 1980s and racial disparity exists among women being treated for locally advanced cervical cancer.

A study presented by Travis-Riley Korenaga, MD, University of California, San Francisco (UCSF), at the Society of Gynecologic Oncology’s 50th Annual Meeting on Women’s Cancer identified more than 10,000 women diagnosed with locally advanced cervical cancer in the U.S. between 2004-2015.

All women had been treated primarily with external beam radiation and chemotherapy.

Approximately 75 percent of these women also received brachytherapy boost, or internal radiation therapy; about half received the boost within the recommended timeframe of 8 weeks.

The overall survival for the latter was significantly higher than all other groups.

Women who received brachytherapy boost beyond the recommended timeframe of 8 weeks also experienced improved overall survival over women who received only external beam radiation and chemotherapy.

"This demonstrates that brachytherapy boost is associated with higher overall survival regardless of treatment duration," said Korenaga.

“Our study reminds us that brachytherapy is an important facet of treatment for locally advanced cervical cancer,” said the study’s senior author, Lee-may Chen, MD, also with UCSF. “We encourage early and more frequent referrals to radiation oncology, specifically to experienced brachytherapy providers.”

Studies conducted as early as the 1970s show that brachytherapy improves outcomes for women undergoing treatment for advanced cervical cancer.

However, additional studies show that brachytherapy use has been declining since the 1980s, possibly due to the high level of expertise required for the procedure as well as limited access to care.

Another study presented at the SGO meeting today by Stephanie Alimena, MD, and Martin T. King, PhD, MD, showed that black women were significantly less likely than white women to receive brachytherapy boost as part of their treatment for locally advanced cervical cancer - even though black women who received brachytherapy within the recommended timeframe had survival rates similar to white women.

This study of more than 15,000 women also revealed that black women, women over the age of 70, and women without health insurance or who received government-funded healthcare were significantly less likely to receive the boost within the recommended timeframe.

“Healthcare disparities are a global phenomenon, especially for a vulnerable population such as patients with cervical cancer. I think greater awareness may lead to funding for patients and get them into treatment faster,” said Dr King, with Brigham and Women’s Hospital and Dana-Farber Cancer Institute.