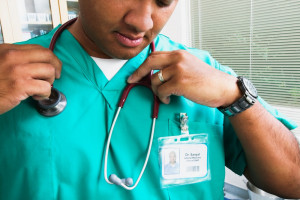 LCT, consisting of radiation therapy or surgery, extended median survival by six months for patients diagnosed with three or fewer metastases outside of the lungs.

"Though not all people with stage IV NSCLC are the same, there are treatment options for those with limited metastatic disease," said Erin Corsini, MD, presenting author of the study and a clinical research fellow at the University of Texas MD Anderson Cancer Center in Houston. "Specifically, in select populations of patients with oligometastatic NSCLC, local consolidative therapy to all sites of disease with surgery, radiation therapy or a combination of the two appears to show promise in prolonging overall survival. The patients who seem to gain the most benefit are those with more favourable disease characteristics, such as adenocarcinoma, early intrathoracic stage and absence of bone metastases."

For the study, researchers analysed records of 194 patients treated for stage IV NSCLC at MD Anderson between 2000 and 2017.

Eligible patients included those diagnosed with one to three synchronous metastatic tumours, with intrathoracic nodal disease counted as one site; most patients (70%) had two to three distant metastases.

Nearly all patients (90%) received systemic therapy in addition to LCT.

Comprehensive LCT to all disease sites (i.e., the primary tumour and all distant metastases) was associated with improved overall survival.

The relationship held on multivariable analysis controlling for patient and disease characteristics (p=0.03).

LCT to the primary tumour was associated with improved control of local and regional recurrences.

LCT to the primary tumour also trended toward an association with improved overall survival (p=0.08), although this was not the case with LCT to distant metastases (p=0.21).

"Several recent clinical trials have shown that local consolidative therapy could provide a tangible survival benefit, and our results from evaluating a relatively large group of patients are not only consistent with, but arguably bolster, the previously reported findings," said Dr. Corsini. "Taken together, these studies make a strong case for local consolidative therapy in patients with oligometastatic NSCLC."

"As the evidence accumulates and we learn that there are options for patients with oligometastatic disease, it is important that providers, patients and families discuss these possibilities and how they align with their goals and priorities for treatment."