Why some brain tumours respond to immunotherapy 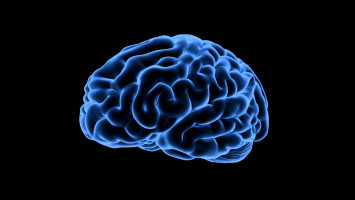 Researchers have learned why some glioblastomas, which are the most common type of brain cancer respond to immunotherapy.

The findings could help identify patients who are most likely to benefit from treatment with immunotherapy drugs and lead to the development of more broadly effective treatments.

The study, led by Raul Rabadan, PhD, professor of systems biology and biomedical informatics at Columbia University Vagelos College of Physicians and Surgeons, was published in the journal Nature Medicine.

Fewer than 1 in 10 patients with glioblastoma respond to immunotherapy, which has shown remarkable success in the last few years in treating a variety of aggressive cancers.

But there has been no way to know in advance which glioblastoma patients will respond.

Patients with glioblastoma are typically treated with surgery to remove as much of the tumour as possible, followed by radiation and chemotherapy.

Even with aggressive therapy, the prognosis is often grim, with a median survival of around 14 months.

Like many other cancers, glioblastomas are able to prevent the immune system from attacking cancer cells.

Cancers sometimes put the brakes on the immune system by acting on a protein called PD-1.

Given the success of PD-1 inhibitors in other cancers, doctors were hopeful that the immunotherapy drugs would help patients with glioblastoma.

To understand why only a few of these tumours respond to the immunotherapy drugs, Rabadan's team took a comprehensive look at the tumour microenvironment (which includes the tumour itself and all of the cells that support it) in 66 glioblastoma patients before and after treatment with PD-1 inhibitors (nivolumab or pembrolizumab).

Of these, 17 patients had a response to the drugs of 6 months or longer.

Non-responsive tumours had more mutations in a gene called PTEN, which led to higher levels of macrophages (which include immune cells that usually help the body fight bacteria and other invaders).

But in glioblastoma, the macrophages release a number of growth factors that promote the survival and spread of cancer cells.

Cancer cells in tumours with PTEN mutations were also tightly clustered together, which may prevent immune cells from penetrating the tumour and its microenvironment.

Responsive tumours, on the other hand, had more mutations in a signalling pathway called MAPK, which helps regulate essential cellular functions.

"These mutations occurred before patients were treated with PD-1 inhibitors, so testing for the mutations may offer a reliable way to predict which patients are likely to respond to immunotherapy," said neuro-oncologist Fabio M. Iwamoto, MD, assistant professor of neurology at Columbia University Vagelos College of Physicians and Surgeons and a co-author of the study.

The study also suggests that glioblastoma patients with MAPK mutations may benefit more from immunotherapy if PD-1 inhibitors are combined with MAPK-targeted therapy, though the combination would require clinical testing.

MAPK-targeted therapies have been approved for metastatic melanoma and are currently being tested to treat other cancers.