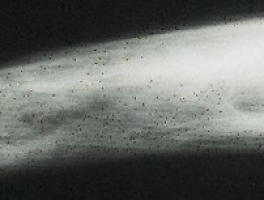 A St. Jude Children's Research Hospital investigator led the international retrospective analysis that is published in the Journal of Clinical Oncology.

The study involved children and adolescents with hypodiploid acute lymphoblastic leukaemia (ALL).

This high-risk subtype accounts for about 2 percent of paediatric ALL cases. It is characterised by a poor prognosis and leukaemic cells with 25 to 44 chromosomes rather than the usual 46.

The historically poor prognosis has prompted many leukaemia specialists to advocate for treating these patients with intensive chemotherapy followed by allogeneic bone marrow transplantation.

Transplantation, however, carries its own short- and long-term health risks.

The largest study yet of children and adolescents with hypodiploid ALL found that transplantation did not significantly improve survival compared to chemotherapy alone.

"This study confirms our earlier observation that patients with hypodiploid ALL who have no evidence of minimal residual disease after remission induction therapy should not be transplanted," said first and corresponding author Ching-Hon Pui, M.D., chair of the St. Jude Department of Oncology.

Overall, 58 percent of patients in the study became long-term survivors.

Disease-free, long-term survival rates were 75 percent for the 87 patients who were MRD negative after remission-induction chemotherapy.

Survival rates were similar, 74 percent, for hypodiploid patients with 44 rather than fewer chromosomes.

The study included data from 306 hypodiploid ALL patients who were enrolled on 16 different protocols of national study groups or major institutions between 1997 and 2013.

Questions remain about how to improve outcomes for patients with fewer than 44 chromosomes with minimal residual disease following induction therapy.

This analysis found that compared to intensive chemotherapy alone, transplantation did not provide a significant survival advantage for patients with fewer than 44 chromosomes.

Pui said the difference was not significant, particularly considering the long-term health risks, including second cancers, associated with transplant-related radiation.

He said additional studies are warranted for treating hypodiploid ALL with immuno- or cellular therapies, which do not involve radiation.

Researchers said the growth of precision medicines holds promise for improved outcomes for patients with hypodiploid ALL and other high-risk subtypes.