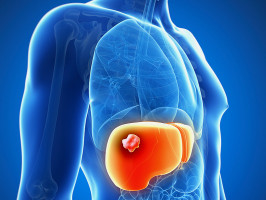 The study is published online as an "article in press" on the Journal of the American College of Surgeons website in advance of print publication.

These research findings suggest a possible way to improve long-term survival in a patient population that typically fares worse than other racial groups with liver cancer, which is the second deadliest cancer worldwide.

Compared with other races, African-American patients with hepatocellular carcinoma (HCC)--the most common form of liver cancer--tend to have the poorest long-term survival and have worse outcomes after liver transplant.2 A liver transplant is the preferred and curative treatment option for some patients with early-stage HCC, according to the study authors.

Although past studies have linked unmatched donor-recipient race to worse overall survival in recipients of kidney, lung, and heart transplants, the role of donor race in liver transplantation has not been well defined, said principal investigator T. Clark Gamblin, MD, MS, MBA, FACS, professor and chief of surgical oncology at the Medical College of Wisconsin, Milwaukee.

For this study, Dr. Gamblin and his colleagues used the Organ Procurement and Transplantation Network's (OPTN's) national database.

The researchers identified 15,141 adults with first-time HCC who received a transplant of a whole liver from a deceased donor between 1994 and 2015.

Of those transplant recipients, 1,384 (9.1 percent) were African-American, and their records were further analysed for the donor's race.

A total of 325 patients (23.5 percent) received livers from African-American donors--labeled "matched"--and the other 1,059 patients (76.5 percent) were unmatched.

On average, race-matched patients lived 4.75 years longer after transplant than the unmatched patients, with a median overall survival of 135 months versus 78 months.

This effect of donor race continued even after the researchers statistically matched the two groups on multiple donor and recipient characteristics that are important to transplant success and patient survival.

Specifically, African-American transplant recipients had 34 percent greater odds of long-term survival when the donor's race was the same.

African-Americans who received a liver from a white person--the most common race among donors--had a reported 53 percent increased risk of death.

The survival advantage with race-matching reportedly did not become apparent until after one year.

"But our results require validation through further investigation of the role of race in optimising outcomes of liver transplant for treatment of HCC."
"It is certainly premature to recommend a change in compatibility screening criteria based on our findings alone," continued Dr. Gamblin, who noted that race is not currently a consideration during compatibility screening of donors for liver transplant.

"Likewise, recipients should not turn down a liver based on the race of the donor because they may not get another one," he added, referring to the nationwide organ shortage.

Less than one-fourth of the African-American liver transplant recipients in this study had race-matched donors, which corresponds to national statistics showing low organ donation rates by African-Americans.

Asked if their study might encourage more African-Americans to become organ donors, Dr. Gamblin replied, "It is my hope that everyone consider liver donation. There are not enough donors, and people on the waiting list are dying every day waiting for an organ."

Nearly 33,000 Americans were diagnosed with liver cancer and liver bile duct cancer in 2015, the Centers for Disease Control and Prevention estimates.

Risk factors for HCC include persistent infection with hepatitis B or C and cirrhosis of the liver.

A liver transplant not only treats liver cancer but also allows the liver to function normally again.