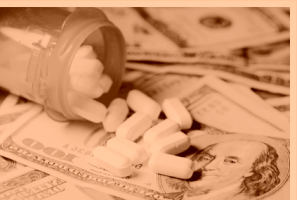 A six-month course of chemotherapy-based treatment with intravenous fludarabine and cyclophosphamide plus rituximab (FCR) has historically been the most effective treatment for chronic lymphocytic leukaemia (CLL), especially in patients 70 years of age and younger.

But results from a head-to-head phase III trial comparing FCR against a more targeted ibrutinib-based therapy reveal that patients receiving the ibrutinib plus rituximab therapy had a two-thirds reduction in the risk of disease progression relative to those getting standard care.

“We found ibrutinib-based therapy is both more effective and less toxic than our previous best therapy for CLL patients,” said lead author Tait D. Shanafelt, MD, of the Stanford University School of Medicine. “These findings have immediate practice-changing implications. They establish the combination of ibrutinib plus rituximab as the most effective first-line treatment for CLL patients age 70 and younger.”

Ibrutinib is a targeted therapy that was designed, in part, to interrupt or target a specific enzyme known to help CLL cells to survive.

It inhibits Bruton’s tyrosine kinase, a protein that is critical to the survival of CLL leukaemia cells.

Two-thirds of patients received ibrutinib plus rituximab and one-third received a six-month course of FCR.

Researchers had tracked patient outcomes for a median of 33.4 months at the time of the analysis.

Rates of survival without disease progression were significantly better in patients who received ibrutinib plus rituximab compared with FCR.

Researchers will continue to monitor patients to determine the durability of these results and how they evolve over time.

“We know FCR does some collateral damage to the immune system that can be long-lasting and leave patients vulnerable to infections, whereas ibrutinib can enhance immune function,” Dr. Shanafelt said. “Understanding the long-term effects of these two therapies on the immune system and the risk of infection will be very informative.”

Patients treated with ibrutinib plus rituxumab stay on ibrutinib, a pill taken daily, for the long term.

Given this fact, Shanafelt said one question that remains (and falls outside the scope of the study) is the expense of ibrutinib, which is around $10,000 a month.

CLL is a cancer of the white blood cells.

It often occurs during or after middle age and rarely in individuals under the age of 40.