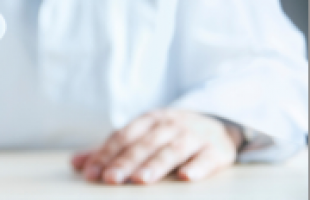 The study from The University of Texas MD Anderson Cancer Centre, which includes two patients, suggests faecal microbiota transplantation (FMT) is worth investigating in clinical trials as a therapy for this common side effect of immunotherapy.

"The resolution of colitis in these patients can be confirmed clinically and endoscopically after FMT treatment," said Wang. "Based on these results, this should be evaluated even as a first-line therapy for ICI-associated colitis because it's safe, quick, and the effect is durable - from one treatment."

Immune checkpoint inhibitors, which release a block on the immune system to attack cancer, have been successful in providing durable responses for patients with several cancer types.

However, these treatments are often associated with significant immune-related toxicities.

Colitis, inflammation of the colon, is the second most common side effect from ICIs, occurring in up to 40 percent of patients, explained Wang.

When ICI-associated colitis is severe, guidelines require a patient to stop ICI treatment until the colitis is in remission.

"If the patient is a good responder to immunotherapy, that means you've taken their effective treatment away," said Wang. "We have a limited amount of time to fix the problem so they can resume ICI treatment, but I feel that we've made great progress in this area."

The researchers chose to investigate the potential for FMT as an alternative, compassionate-use therapy for patients suffering from refractory, or unresponsive, ICI-associated colitis.

The two patients included in the study were treated at MD Anderson between June 2017 and January 2018.

FMT has shown promise in treating other types of gastrointestinal diseases, such as recurrent Clostridium difficile infection and inflammatory bowel disease (IBD), which shares many clinical and molecular characteristics with ICI-associated colitis.

These conditions typically are treated with steroids and targeted immunosuppressive agents, which result in additional severe side effects and can counteract the effects of immunotherapy.

Both patients in the study had a complete resolution of their colitis following treatment with FMT.

The first patient's colitis resolved within two weeks following a single FMT treatment; the second patient experienced a partial recovery after the first treatment, followed by complete recovery after a second FMT.

With endoscopic evaluation before and after treatment, both patients displayed significant improvements in inflammation and ulcerations, including a reduction of inflammatory immune cells.

Pre- and post-treatment stool analyses revealed patients' gut microbiomes to be most similar to the donor immediately after treatment, with less resemblance to the donor over time.

Additionally, distinct new populations of bacterial species were evident in these patients following FMT compared to pre-treatment samples, including several species known to be protective or reduce inflammation.

The authors acknowledge significant limitations to this study based on the very small cohort, and they plan to pursue clinical trials to investigate the effectiveness of FMT in treating ICI-associated colitis as compared with standard immunosuppressive therapy.

FMT continues to be offered to MD Anderson patients on a compassionate-use basis.

Previous MD Anderson research showed that bacteria in the gut influence patient response to ICI therapy, and other evidence suggests modifying the microbiome in mice can alter their response to immunotherapy.

The current data further suggests there is the potential for many molecular studies to better understand the role of the microbiome in driving ICI-colitis and immunotherapy response more broadly.