Which outreach method encourages patients overdue for cancer screening to get tested? 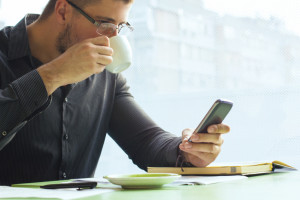 "But it was unclear which methods were most effective in primary care."

Dr. Kiran and her team studied the cancer screening rates of 5,270 patients who received either a phone call or a letter reminding them that they were overdue for cancer testing The team aimed to find out which method was more effective, and given the Family Health Team's resources, which would be most efficient.

Published today in Journal of the American Board of Family Medicine, this work builds on Dr. Kiran's previous research into cancer screening inequalities.

The income level in the neighbourhood patients lived in did not change how effective phone calls were relative to letters.

"Though phone calls were decidedly most effective among women and men, our path forward was not clear-cut," Dr. Kiran said.

"The phone calls were twice as expensive because of the time it took staff to reach out to patients."

To continue to improve the quality of care provided by the Family Health Team at St. Michael's and maximise resources, Dr. Kiran and her team have decided to apply the results of this study through an equity approach to cancer screening.

The team will continue to call people in lower income neighbourhoods in the city, as that's where the greatest need for proactive screening exists.

These areas have the lowest cancer screening rates. Other patients will receive letters from the Family Health Team as reminders.

"Based on previous research, we know that large gaps exist in cancer screening rates between poorer immigrants and wealthier long-term residents, so we are going to continue to bridge this gap by providing phone call reminders to neighbourhoods with lower incomes in Toronto," Dr. Kiran said.

"We are leading the way when it comes to measuring and improving the quality of the primary care we provide. This new study sheds further light on how we can continue to do that."