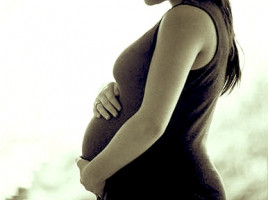 Final results of SWOG Cancer Research Network's international Prevention of Early Menopause Study (POEMS) clinical trial are in, and they show continued evidence that women who get injections of the hormone drug goserelin along with standard breast cancer chemotherapy are more likely to become pregnant - without developing negative side effects or shortening their lives.

"These five-year follow-up results confirm our initial findings," said SWOG investigator Halle Moore, MD, lead researcher on the POEMS study and associate professor of medicine at Cleveland Clinic. "Goserelin protects the ovaries from the effects of chemotherapy, reducing the risk for early menopause. By getting these injections, more women became pregnant without negatively affecting their health or their chances of surviving their cancer."

The results are published in the Journal of the National Cancer Institute.

POEMS is a unique collaboration, managed by SWOG, one of five groups in the National Cancer Institute's National Clinical Trials Network (NCTN), with help from two other NCTN groups - ECOG-ACRIN Cancer Research Group and the Alliance for Clinical Trials in Oncology.

The randomised, phase III trial also got attention for focusing not on the effectiveness of a cancer treatment, but the impact that treatment has on the lives of cancer survivors.

In the United States, almost 49,000 women under the age of 50 are diagnosed each year with invasive breast cancer.

Hormone-receptor negative breast cancer is a less common type, which doesn't feed on oestrogen or progesterone, and doesn't typically respond to drugs that target these hormones.

Ovarian failure is one side effect of chemotherapy, one that carries a heavy burden for women, including infertility, sexual dysfunction, and unpleasant symptoms.

To determine if ovarian failure could be prevented, the POEMS team launched their trial.

Initial results showed that 22 percent of patients on standard therapy experienced ovarian failure while only 8 percent who received goserelin did.

In addition, those 2014 results also showed that 12 percent of patients on the standard arm got pregnant, while 22 percent who received goserelin did.

The new results, which include five years of follow-up, show similar effects.

On average, 23 percent of women who took goserelin became pregnant compared with 12 percent on the standard therapy.

While differences in survival were not statistically significant, 92 percent of women who took goserelin were alive at five years compared to 83 percent of control patients.

And they have - the National Comprehensive Cancer Network Clinical Practice Guidelines for Oncology and the St. Gallen Consensus Conference guidelines already reflect the use of goserelin for younger women who hope to protect ovarian function during chemotherapy for breast cancer.

"Cancer researchers set out to change the standard of care in order to improve, or lengthen, people's lives," Moore said. "Our final results show a means to improve quality of life for young women with hormone-receptor negative breast cancer. If they want to be mothers, they can improve their chances safely and effectively. I'm proud of this result, and our international team."