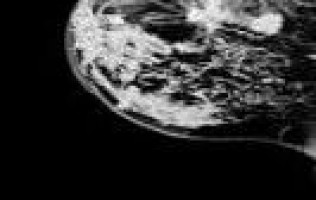 Immunotherapy improves survival in some patients with metastatic triple negative breast cancer, according to late-breaking results from the IMpassion130 trial reported at the ESMO 2018 Congress in Munich.

“It is also the first immune therapy to improve outcome in this cancer. Most of the survival benefit was in patients with PD-L1 positive tumours,” continues Schmid.

It is relatively rare and often affects younger women.

Once the disease becomes metastatic, the median survival is around 12 to 15 months.

Triple negative breast cancer does not have receptors for the hormones oestrogen or the protein HER2, meaning it cannot be treated with hormone therapy or drugs targeting HER2.

The main drug treatment is chemotherapy and most patients develop resistance to chemotherapy within a few months.

The phase III IMpassion 130 trial enrolled 902 patients with metastatic triple negative breast cancer who had not received prior treatment for metastatic disease.

The two main objectives were to see whether the drug combination could slow cancer growth (progression-free survival) and prolong life (overall survival) in all patients and in those expressing PD-L1.

The median follow-up was 12.9 months.

The combination therapy reduced the risk of disease worsening or death by 20% in all patients and 38% in the subgroup expressing PD-L1.

In the entire study population, the median progression free survival was 7.2 months with the combination and 5.5 months with chemotherapy alone, with a hazard ratio (HR) of 0.80 (p=0.0025).

In the PD-L1 positive group, the median progression free survival was 7.5 months with the combination and 5.0 months with chemotherapy alone (HR 0.62, p<0.0001).

More than half of patients were alive at the time of analysis, so this was an interim assessment of overall survival.

In patients with PD-L1 positive tumours, the median overall survival was 25.0 months with the combination compared to 15.5 months with standard chemotherapy alone (HR 0.62).

In all patients, survival was 21.3 months with the combination versus 17.6 months with chemotherapy alone which was not statistically different, likely because of the short follow-up.

The proportion of patients responding to treatment (objective response rate) was higher with the combination compared to chemotherapy alone for all patients (56% versus 46%) and those with PD-L1 positive tumours (59% versus 43%).

Most side effects were due to chemotherapy and occurred at a similar rate in both treatment groups, although there was a minor increase in nausea and cough in the combination group.

Side effects related to immune therapy were rare, the most common being hypothyroidism which occurred in 17.3% of patients receiving the drug combination and 4.3% receiving chemotherapy alone.

Commenting on the results for ESMO, Dr Marleen Kok, Medical Oncologist, The Netherlands Cancer Institute, Amsterdam, said: “This is the first randomised phase III trial providing evidence that adding immune therapy to standard chemotherapy increases progression-free survival in metastatic triple negative breast cancer, particularly in patients with PD-L1 positive tumours, and extends overall survival in the PD-L1 positive subgroup. While the benefit in terms of progression-free survival was relatively small, around three months, the gain in overall survival in the PD-L1 positive subgroup was impressive with a ten-month benefit. Around 40% of the tumours were PD-L1 positive. The IMpassion 130 data will probably change the treatment landscape for our metastatic triple negative breast cancer patients.”

“This should help answer the question of which chemotherapy backbone is most effective in combination with anti-PD-(L)1.” she said. “We also need more studies to determine a biomarker for selecting patients most likely to benefit from this treatment.”