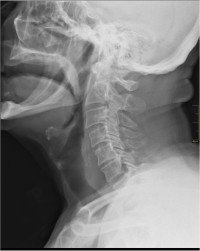 Men and women may need to be treated differently – at least when it comes to some types of cancer.

In an analysis to be presented at the ESMO 2018 Congress in Munich, data was pooled from four UK randomised controlled clinical trials (RCTs) of first line chemotherapy in oesophagogastric (OG) cancer, finding significant differences in a number of important side-effects experienced by male and female patients.

Study author Dr. Michael Davidson, Royal Marsden Hospital NHS Foundation Trust, London, said “We have known for a long time in oncology that there are differences between males and females in the incidence and prognosis of many non gender-specific cancers. We are now also beginning to understand some of the complex cellular, molecular and metabolic differences between the two sexes which influence both cancer development and response to treatment. The clinical question we wanted to answer was whether sex influences the toxicity and efficacy of common chemotherapies administered in oesophageal and gastric cancer. It’s the first time that gender-differentiated data has been collected on such a large scale for this tumour type.”

The trials selected for this pooled analysis were all evaluating first line chemotherapy regimens for patients with advanced OG cancer.

“The four trials we included were large international trials conducted in the UK and Australasia with comparable patient populations and treatments being used,” Davidson said. “This allowed us to collate and compare the data.”

A greater proportion of gastric as opposed to junctional or oesophageal cancers were seen in female patients.

“These findings are consistent with the incidence and distribution of OG cancers in Western populations,” Davidson observed.

Based on the toxicities captured commonly in all four trials, the analysis showed no significant difference between the overall rates of toxicity experienced by men and women. “The data get more interesting once we look at individual toxicity results,” Davidson explained.

Indeed, women were found to have experienced significantly higher rates of nausea and vomiting, with 89.3% of women versus 78.3% of men experiencing this common toxicity.

“This tendency was confirmed on the more serious end of the spectrum, too, with 16.7% of female patients experiencing it at a severity grade 3 or above, compared to 9.5% of males,” said Davidson.

In terms of treatment efficacy, no significant difference was seen in survival between male and female patients.

The overall response rate – namely the number of patients achieving a reduction in tumour size on chemotherapy – was higher in males to an extent that approached but did not reach statistical significance.

“Our key finding, therefore, is that men and women treated with similar chemotherapy combinations for OG cancer were affected by a number of different toxicities to varying degrees,” Davidson said. “The clinical relevance of this remains to be established. Whilst there is not enough data here to support alternative chemotherapy dosing strategies for men and women, it is useful for clinicians to be aware of such findings in order to refine their treatment in other ways. For example, knowing that women are more likely to experience gastrointestinal side-effects such as nausea and vomiting or diarrhoea may allow for more tailored education to be given to patients, empowering them to report problems early and allowing doctors to introduce supportive measures more proactively and intensively.”

Commenting on the results, Prof. Michel Ducreux, from the Institut Gustave Roussy in Villejuif, France, said “Dissimilarities in men and women’s reactions to treatment had already been observed in a number of past clinical trials. Until recently though, because no one could explain why such differences might exist, they tended to be written off as a statistical artefact and remained absent from the discussion. In the clinic, meanwhile, the trends highlighted in this study would have been imperceptible to physicians. Thanks to the large number of patients included, this analysis was able to show statistically significant gender differences in the frequency of several side-effects of chemotherapy. Now, not only must we discuss their implications, we also need to understand the underlying reasons.”

Ducreux added: “Going forward, we might consider stratifying patients according to their gender in clinical trials, so as to evaluate the efficacy and tolerance of treatments in each sex from the beginning of drug development. If further studies systematically confirm that women are more prone than men to a wider range of side-effects, then we will also need to think about entirely different prevention and support strategies for female patients.”