ESMO 2018: Oncologists demand more education on the use of biosimilars 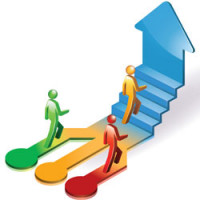 Biological medicines are responsible for some of the most promising innovations in cancer treatment, including immunotherapy, targeted drugs and vaccines – but they are also expensive.

According to a report by IQVIA Institute for Human Data Science EU-wide spending in cancer therapeutics exceeded 24 billion euros in 2016, with biological medicines accounting for almost 40% of the expense.

The introduction of biosimilars for the top three oncology agents is estimated to enable up to 2 billion euros in savings across Europe in 2021 alone.

As such, their use could increase the availability of innovative therapies for patients who would not otherwise be treated with biologicals due to economic constraints.

All of this, however, hinges on a broader understanding of biosimilars throughout the oncology ecosystem.

ESMO has already taken a position on the use of biosimilars, supporting their use in oncology as they represent cheaper alternatives to reference biologics with the potential to make optimal cancer care more sustainable and widely accessible.

Drawing further attention to the issue, ESMO recently published a paper about the integration of biosimilars into routine oncology practice, calling for multidisciplinary collaboration to build confidence wherever it is still lacking.

According to preliminary results of an ESMO survey to be published later this year, questioned about their knowledge of and comfort with biosimilars, many oncologists exhibited only a moderate confidence in their understanding of key concepts that underpin biosimilar drug development and use.

Close to 87% of respondents stated that they wished to be offered more educational activities on the subject.

On the same wavelength was the discussion at the fourth stakeholder conference on biosimilar medicines, organised by the European Commission in Brussels in September, where ESMO moderated a discussion on the use of biosimilars in oncology.

“Collaboration and multi-stakeholder approaches to improve understanding and eradicate misconceptions are important for the successful uptake of biosimilars in oncology,” said Josep Tabernero, ESMO President. “If more education is what oncologists need, being the Society of reference that looks after their professional development, we must urgently act on that.”

At a session on biosimilars during the ESMO 2017 Congress in Madrid, physicians, but also nurses, pharmacists, patient organisations and competent authorities from the EU Member States were invited to join the discussion, in order to draw from everyone’s knowledge and experience.

“All of them play a crucial role in delivering these medicines to patients and making sure the latter accept and adhere to their therapies,” Tabernero said.

A similar approach will be proposed at this year’s congress in Munich.

Extrapolating the use of a biosimilar in all indications approved for the reference drug appears the most common source of misunderstanding among physicians, nurses and patients alike, according to data in the ESMO survey.

“It is a very difficult concept to explain outside of the regulatory setting,” said Elena Wolff-Holz from the EMA (European Medicines Agency), first author of the paper and panel member at the event in Brussels.

“This is what educational initiatives should focus on – not just for oncologists, but for all healthcare professionals and for patients,” Tabernero highlighted.

Tabernero, who also co-authored the paper, cited one of its key examples in this area: “The Information Guide for Healthcare Professionals on Biosimilars in the EU has been publicly available since its release in 2017,” he said. “It is the product of a concerted effort by the European Commission, the EMA, as well as scientific experts, healthcare professionals and patients from the member states – and of course ESMO, which ensured that the information needs for the oncology community were also adequately addressed. This is exactly the kind of broad-spectrum collaboration we need to see more of going forward.”