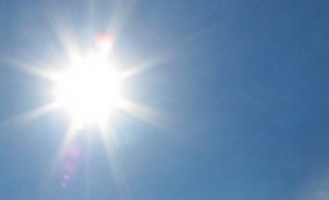 By combining data on individuals' lifetime sun exposure and their genetics, researchers can generate improved predictions of their risk of skin cancer, according to findings presented at the American Society of Human Genetics (ASHG) 2018 Annual Meeting in San Diego, Calif.

Past studies had found that exposure to ultraviolet (UV) light increases skin cancer risk, as do other environmental factors such as living in a sunnier climate or at a higher altitude, and personal factors such as lighter skin pigmentation, higher numbers of moles on the skin, and family history of skin cancer.

"We aimed to validate previously known skin cancer risk factors in a large cohort, add detail to these and explore potential new ones, and find out whether and how these factors might interact with genetic risk," said Dr. Fontanillas.

They found that while each single factor was not particularly significant on its own, multiple factors could be combined into statistical models that were more informative.

The best-performing models incorporated a genetic risk score composed of data on up to 50 genetic variants, along with survey data on family history, skin pigmentation and sensitivity, number of moles, estimated current sun exposure, sunbathing frequency before the age of 30, and body mass index (BMI).

The new models achieved a high predictive accuracy (area under the curve [AUC], between 0.81 and 0.85). Genetic factors alone accounted for 8.3 to 15.2 percent of the variance explained in skin cancer risk.

Although the three skin cancers have different physiology, models did not find fundamental differences between the three cancer types, nor did they show strong interaction between genetic and environmental risk factors.

While the self-reported nature of the survey data permitted researchers to collect a large dataset, it also presented some challenges, Dr. Fontanillas noted.

"Measuring lifetime exposure is generally challenging. It is particularly hard to capture sun exposure and when in life it happened, and it may be that some of the other correlates we found, like higher BMI, reflect a lack of outdoor activity rather than being directly correlated with risk of skin cancer," he said.

Moving forward, the researchers plan to expand their sample to groups with non-European ancestry and are exploring additional methods of calculating genetic risk score and measuring sun exposure.

They hope to eventually obtain risk estimates accurate enough to be used by individuals and clinicians.