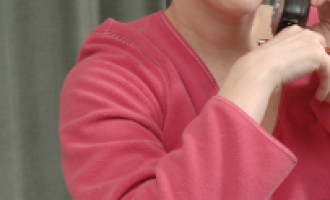 New research published in the journal Nature Communications from scientists at Huntsman Cancer Institute (HCI) at the University of Utah (U of U), in collaboration with the Stanford University School of Medicine, shows a specific protein regulates both the initiation of cancer spreading and the self-renewal of cancer cells in medulloblastoma, a type of paediatric brain cancer.

Among children's cancers, brain cancer has the highest mortality for children, with medulloblastoma being one of the most common brain tumours in children.

Medulloblastoma usually develops at the base of the brain and spreads through the cerebral spinal fluid (CSF) to the spinal cord or other parts of the brain.

"When medulloblastoma spreads, it's much harder to treat and in many cases is incurable," said the study lead, Samuel Cheshier, MD, PhD, cancer researcher at HCI and associate professor of neurosurgery at the U of U. "The need to understand medulloblastoma and how it spreads is incredibly important in order to know how to treat the cancer and find how to stop the disease from spreading, or metastasizing."

To learn more about the metastasis of medulloblastoma, the research team gathered samples from patients that included a brain tumour sample and a spinal metastasis.

Researchers then focused on studying different cancer cell markers and found that NOTCH 1, a protein that resides on the surface of the cells, played an important role in the metastasis of the cancer.

"NOTCH 1 is very important in development, as well as stem cell biology. It tells the stem cell to make another stem cell, or self-renew," said Cheshier. "NOTCH 1 has a unique attribute that makes the cancerous cells more likely to spread and form new tumours, as well as self-renew. Understanding this interaction from signals outside the cells is a major step."

Cheshier's team used mouse models to research the NOTCH 1 pathway and test a monoclonal antibody treatment that targets the protein to stop the cancer from spreading.

Now, the research team is working on developing a clinical trial for medulloblastoma using the same treatment tested in the lab.

This treatment would be administered directly into the CSF spaces of the brain and spinal cord where the tumours reside.

Researchers hope this treatment will result in fewer side effects and lead to a more effective treatment option.