Cancer hijacks the microbiome to glut itself on glucose 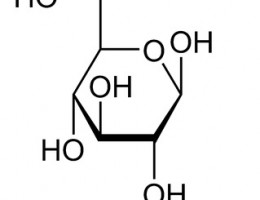 It gets energy in the form of glucose, in fact consuming so much glucose that one method for imaging cancer simply looks for areas of extreme glucose consumption - where there is consumption, there is cancer.

But how does cancer get this glucose?

A University of Colorado Cancer Centre study published in the journal Cancer Cell shows that leukaemia undercuts the ability of normal cells to consume glucose, thus leaving more glucose available to feed its own growth.

"Leukaemia cells create a diabetic-like condition that reduces glucose going to normal cells, and as a consequence, there is more glucose available for the leukaemia cells. Literally, they are stealing glucose from normal cells to drive growth of the tumour," says Craig Jordan, PhD, investigator at University of Colorado Cancer Centre, division chief of the Division of Haematology and the Nancy Carroll Allen Professor of Haematology at the University of Colorado School of Medicine.

Like diabetes, cancer's strategies depend on insulin since healthy cells need insulin to use glucose.

In diabetes, either the pancreas under-produces insulin or tissues cannot not respond to insulin and so cells are left starved for energy while glucose builds up in the blood.

This protein makes healthy cells less sensitive to insulin, meaning that when IGFBP1 is high, it takes more insulin to use glucose than it does when IGFBP1 is low.

Unless the supply of insulin goes up, high IGFBP1 means that the glucose consumption of healthy cells goes down.

This protein may also be a link in the chain connecting cancer and obesity: The more fat cells, the more IGFBP1, and the more glucose is available to the cancer.

Of course, cancer has a second strategy that ensures insulin production does not go up to meet the need created by increased IGFBP1.

In large part, they do this in the gut.

"In the course of doing this systemic analysis, we realised that some of the factors that help regulate glucose are made by the gut or bacteria in the gut. We looked there and found that the composition of the microbiome in leukaemic animals was different than in control mice," Jordan says.

One major difference in the guts of leukaemic mice was the lack of a specific kind of bacteria known as bacteroids.

These bacteroids produce short-chain fatty acids that in turn feed the health of cells lining your gut.

And the current study shows that without bacteroids, gut health suffers in ways that specifically aid cancer.

One way is the loss of hormones called incretins.

When blood glucose gets high, for example after you eat, your gut releases incretins, which tamp down blood glucose, reducing it back into the normal range.

Working through the gut, leukaemia inactivates these incretins, allowing blood glucose to remain higher than it should.

Serotonin is well-known as a "feel good" chemical that helps to regulate mood and is found in many antidepressants.

But serotonin is also essential for the manufacture of insulin in the pancreas and, by attacking serotonin, leukaemia reduces insulin production (and thus, down the line, glucose use).

Less insulin use by healthy cells leaves more glucose for the cancer.

"It's a classic parasite trick: Take advantage of something the host does and subvert it for your own purposes," Jordan says.

Interestingly, just as a parasite might eat a host's food leading to malnourishment, cancer's energy theft may play a role in the fatigue and weight loss common in cancer patients.

"The fairly prevalent observation is that cancer patients have a condition called cachexia, basically wasting away - you lose weight. If cancers are inducing systemic changes that result in depletion of normal energy stores, this could be part of that story," Jordan says.

However, Jordan and colleagues including first author Haobin Ye, PhD, not only showed how leukaemia dysregulates healthy cells' glucose consumption, but also showed how to "re-regulate" this consumption.

"When we administered agents to recalibrate the glucose system, we found that we could restore glucose regulation and slow the growth of leukaemia cells," Ye says.

These "agents" were surprisingly low-tech.

One was serotonin and another was tributyrin, a fatty acid found in butter and other foods.

Serotonin supplementation replaced the serotonin nixed by leukaemia and tributyrin helped to replace the short-chain fatty acids that were absent due to loss of bacteroids.

The group calls the combination Ser-Tri therapy - and they show that it is more than a theory.

Twenty-two days after leukaemia was introduced in mice, all of the untreated mice had died, while more than half of the mice treated with Ser-Tri were still alive.

The continuing line of work shows that cancer may depend on the ability to out-compete healthy cells for limited energy.

"We now have evidence that what we observed in our mouse models is also true for leukaemia patients." Ye says.

Understanding these mechanisms that cancer uses to unbalance the body's system of energy in their favour is helping doctors and researchers learn to thumb the scale in favour of healthy cells.

"This furthers the notion that you can do things systemically to disfavour leukaemia cells and favour normal tissue," Jordan says. "This could be part of limiting growth of tumours."