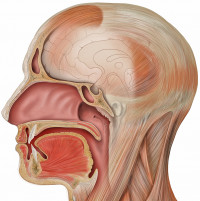 A therapeutic vaccine can boost antibodies and T cells, helping them infiltrate tumours and fight off human papillomavirus (HPV)-related head and neck cancer.

It is also the first study to show that the vaccine can help immune cells infiltrate tumours.

The study also describes one patient who received the vaccine on the trial, developed metastatic disease seven months later, then was treated with anti-PD-1 immunotherapy and has been in remission for more than two years.

HNSCCa is a cancer that develops in the mucous membranes of the mouth and throat.

Smoking and tobacco use are known causes, but the number of cases related to HPV infection--a sexually transmitted infection that is so common, the Centers for Disease Control (CDC) says almost all sexually active adults will contract it at some point in their lifetimes--is among the fastest growing cancer types.

The CDC estimates 70 percent of all head and neck cancers in the United States are now HPV-related.

While there are many types of HPV, the HPV 16 and 18 subtypes are most commonly associated with cancer.

Many of patients with this type of HNSCCa have good outcomes from treatment that includes surgery or chemotherapy and radiation.

For patients who don't respond to treatment or who develop metastatic disease, anti-PD-1 therapy is approved, but only helps about 15 percent of patients.

"We wanted to know if this vaccine can boost the immune systems of patients with HPV-related head and neck cancer, potentially opening the door for better response rates to other existing therapies, and our findings show that we can," said the study's lead author Charu Aggarwal, MD, MPH, an assistant professor of Hematology-Oncology in Penn's Perelman School of Medicine.

There are other preventative HPV vaccines recommended for girls and boys.

The vaccine used in this clinical trial is different from the preventative vaccines, which can prevent but cannot treat cancer.

The vaccine in this study, known as MEDI0457, is a DNA vaccine that can have a therapeutic benefit.

Researchers gave four doses of MEDI0457 to 21 patients separated into two different groups. One group received a dose before surgery, followed by three doses after surgery.

Eighteen out of the 21 patients showed elevated T cell activity that lasted at least three months after the final vaccine dose, meaning the immune effect persisted for at least six months from the start of immunotherapy.

Five tumours were biopsied both before and after one dose of the vaccine, and there was evidence of T cells reacting with antigens contained in the vaccine in all five "after" samples.

"We have not seen that kind of infiltration with just one dose of a vaccine before," Aggarwal said. "These findings open the door for utilizing targeted immunotherapy approaches against specific cancer causing targets like HPV."

The vaccine was also very well tolerated. Patients had arm pain at the site of the injection, but there were no reports of any serious side effects.

The authors also specifically described the case of one patient on the trial from the cohort that received a dose of the vaccine pre-surgery.

That patient developed a metastatic recurrence seven months after treatment, at which point he received the PD-1 inhibitor nivolumab and went on to have a complete response.

"This response suggests the vaccine may, in some manner, prime the immune system, potentially boosting the effects of subsequent anti-PD-1 therapy," Aggarwal said.

This unique case was one of the main drivers of a Penn-led, multi-site clinical trial which is now enrolling patients.

It combines the vaccine with anti-PD-1 therapy for patients with metastatic HPV-associated head and neck cancer.

"These are very important and unique results, and the next step is already underway looking at combining this vaccine with other immune therapies," said Roger B. Cohen, MD, a professor of Hematology-Oncology at Penn and Associate Director of Clinical Research in the Abramson Cancer Center. "We think our results from the single patient who is currently disease free suggest that the clinical impact of a combined vaccine and PD-1 antibody approach may be profound if it can be confirmed in ongoing and planned clinical trials."

Cohen helped design the study published in Clinical Cancer Research and was a co-author.