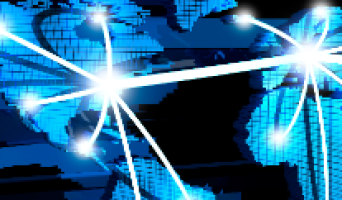 People in the UK, US and China have a higher risk of dying early from conditions like cancer, heart disease and stroke than people in Italy, France, South Korea and Australia.

These are the findings of the most detailed global analysis of deaths from so-called non-communicable disease (NCDs) - chronic conditions including cancer, cardiovascular disease, chronic respiratory disease, and diabetes.

The research, led by Imperial College London, World Health Organization and NCD Alliance, reveals that a 30-year-old woman in the UK has a 9 per cent chance of dying from four key NCDs - cancer, cardiovascular disease (which includes heart disease and stroke), chronic respiratory disease and diabetes - before her 70th birthday, compared to a 12 per cent chance for a woman living in the US, and 6 per cent for a woman living in Japan.

The analysis, published today in The Lancet, also revealed the majority of the world's nations - including the UK, US and China - look likely to fall short of the United Nations (UN) target for reducing the number of premature deaths from NCDs.

Professor Majid Ezzati, from Imperial's School of Public Health, who led the study, said "Non-communicable diseases are the main cause of premature death for most countries. Poverty, uncontrolled marketing of alcohol and tobacco by multinational industries, and weak health care systems are making chronic diseases a larger danger to human health than traditional foes such as bacteria and viruses."

Too many people dying too soon

Non-communicable diseases kill nearly 41 million people a year, making up seven out of ten deaths globally, 17 million of these deaths are classed as premature (i.e. before the age of 70).

The new research is published ahead of a key UN meeting on NCDs next week. In 2015, the UN set the goal of a one-third reduction in premature deaths (between the ages of 30 and 70 years) from four key NCDs - cancer, cardiovascular disease, chronic respiratory disease, and diabetes - by the year 2030.

The group behind this research, who are collectively known as NCD Countdown 2030, warn that their findings suggest the UN target will be missed in all but 35 nations for women and 30 nations for men.

The study also reveals men and women in most countries around the world have a higher risk of dying prematurely from NCDs than from infectious diseases such as malaria or HIV.

The researchers analysed data on deaths from NCDs for more than 180 nations.

Their findings revealed the lowest risks of dying early from NCDs were seen in high income countries, especially in South Korea, Japan, Switzerland and Australia.

Overall, women in South Korea, Japan, Spain and Switzerland were least likely to die prematurely from the four key NCDs.

The countries with the lowest risk for men were Iceland, Switzerland, Sweden and Norway.

In contrast, men in central Asia (Mongolia, Kazakhstan) and eastern Europe (Russia, Belarus) were among the most likely to die from the four key NCDs before the age of 70.

For women, parts of sub-Saharan Africa (Sierra Leone, Côte d'Ivoire), Guyana, Afghanistan, Yemen and Papua New Guinea were among those with the greatest risk of premature death from the four key NCDs.

The study reveals that only 35 countries are on track to meet the UN target for women and only 30 countries for men.

Some of those countries on track to meet the UN target for both men and women include Denmark, New Zealand, Norway and South Korea, as well as Brazil, Iran and some of the high-risk eastern European countries.

By comparison, the UK, Australia, France, Germany, India and China will fail to hit the target for both sexes.

The authors say if NCD deaths decline slightly faster in a further 50 countries (for women) and 35 countries (for men), they too would achieve the target.

According to the analysis, the situation is deteriorating or stagnating in 15 countries for women, including the US, and 24 for men.

Katie Dain, from the NCD Alliance, said "We are sleepwalking into a sick future because of severely inadequate progress on non-communicable diseases. Post the UN High Level Meeting, NCD Countdown 2030 will assist in holding governments and donors accountable and help to ensure that the opportunity before us next week to renew, reinforce, and enhance commitments to reducing the burden of NCDs, translates the rhetoric into reality."

Professor Ezzati explained "While much of the world is falling short of the UN target to alleviate the burden of chronic diseases, dozens of countries could meet this goal with modest acceleration of already-favourable trends. This requires national governments and international donors to invest in the right set of policies."

Professor Ezzati added "Treatment of hypertension and controlling tobacco and alcohol use alone can prevent millions of deaths from cancer, heart disease, stroke and other NCDs. But there is also a need for affordable high-quality care to diagnose and treat chronic diseases as early as possible."

The team points out the findings are limited by the available data, citing major gaps in the completeness and accuracy of data in some countries.

They explain that improving death registration in countries could improve accuracy.

James Bennett, the lead author of the study from the School of Public Health, said "It's important that international aid agencies and governments are held to account for their commitments to global targets for health. Improving the quality of health data from countries will help us identify which countries are performing best in reducing deaths from chronic diseases, as well as those that need additional help."

For women, the highest levels of premature mortality from four key NCDs - cancer, cardiovascular disease, respiratory disease and diabetes - were seen in some African countries such as Sierra Leone and Cote d'Ivoire. In these countries, 30-year-old women had a one in three chance of dying from these diseases before their 70th birthday.

The lowest risks of premature death in women were in South Korea and Japan, at 5 to 6 per cent chance.

For men, the highest levels of premature death from the four key NCDs were seen in central Asia, Eastern Europe and some Pacific Islands, for example in Mongolia, Kazakhstan, Russia, and Fiji. In these countries, 30-year-old men had a more than a one in three chance of dying from these four diseases before their 70th birthday. The lowest levels were in Iceland, Switzerland, Sweden and Norway, where men had a 10 to 11 per cent chance.

30-year-old women in the UK had a 9 per cent chance of dying from four key NCDs before their 70th birthday, placing them at 27th lowest risk in the world and 19th lowest among 40 countries in Europe.

30-year-old men in the UK had a 13 per cent chance of dying from four key NCDs before their 70th birthday, placing them at 17th lowest risk in the world and 9th lowest in Europe.

The chance of dying from the four key NCDs declined in the UK at the 74th fastest rate in the world for women, and the 27th fastest in Europe (relative to the starting level in 2015).

For men, the rate of decline in the UK was 45th in the world and 25th in Europe.

For European women, the highest levels of premature mortality from four key NCDs were seen in Moldova and Ukraine (17 per cent and 16 per cent). The lowest levels were in Spain and Switzerland, with risk of 6 per cent and 7 per cent.

For European men, the highest levels of premature mortality from four key NCDs were seen in Russia and Belarus (37 per cent and 35 per cent). The lowest levels were in Iceland and Switzerland, with risk of 10 per cent and 11 per cent.

30-year-old women in the US had a 12 per cent chance of dying from four key NCDs before their 70th birthday, placing them at 44th lowest risk in the world but the highest among all high-income nations, and worse than Vietnam, Turkey and Panama. There has been a small increase in risk of death from these diseases among American women since 2010.

30-year-old men in the US had a 18 per cent chance of dying from four key NCDs before their 70th birthday, placing them at 53rd lowest risk in the world but the highest among all high-income nation, and worse than Liberia, Mexico and Angola. There has been virtually no change in the risk of death from these diseases among American men.