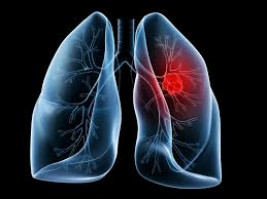 Led by researchers at NYU School of Medicine and published online in Nature Medicine, the study found that a type of artificial intelligence (AI), or "machine learning" program, could distinguish with 97 percent accuracy between adenocarcinoma and squamous cell carcinoma--two lung cancer types that experienced pathologists at times struggle to parse without confirmatory tests.

The AI tool was also able to determine whether abnormal versions of 6 genes linked to lung cancer--including EGFR, KRAS, and TP53--were present in cells, with an accuracy that ranged from 73 to 86 percent depending on the gene.

Such genetic changes or mutations often cause the abnormal growth seen in cancer, but can also change a cell's shape and interactions with its surroundings, providing visual clues for automated analysis.

Determining which genes are changed in each tumor has become vital with the increased use of targeted therapies that work only against cancer cells with specific mutations, researchers say.

About 20 percent of patients with adenocarcinoma, for instance, are known to have mutations in the gene epidermal growth factor receptor or EGFR, which can now be treated with approved drugs.

But the genetic tests currently used to confirm the presence of mutations can take weeks to return results, say the study authors.

In the current study, the research team designed statistical techniques that gave their program the ability to "learn" how to get better at a task but without being told exactly how.

Such programs build rules and mathematical models that enable decision-making based on data examples fed into them, with the program getting "smarter" as the amount of training data grows.

Newer AI approaches, inspired by nerve cell networks in the brain, use increasingly complex circuits to process information in layers, with each step feeding information into the next, and assigning more or less importance to each piece of information along the way.

The current team trained a deep convolutional neural network, Google's Inception v3, to analyze slide images obtained from The Cancer Genome Atlas, a database with images of cancer diagnoses that have already been determined.

That let the researchers measure how well their program could be trained to accurately and automatically classify normal versus diseased tissue.

On the other hand, 45 out of 54 of the images misclassified by at least one of the pathologist in the study were assigned to the correct cancer type by the machine learning program, suggesting that AI could offer a useful second opinion.

"In our study, we were excited to improve on pathologist-level accuracies, and to show that AI can discover previously unknown patterns in the visible features of cancer cells and the tissues around them," says co-corresponding author Narges Razavian, PhD, assistant professor in the departments of Radiology and Population Health. "The synergy between data and computational power is creating unprecedented opportunities to improve both the practice and the science of medicine."

Moving forward, the team plans to keep training its AI program with data until it can determine which genes are mutated in a given cancer with more than 90 percent accuracy, at which point they will begin seeking government approval to use the technology clinically, and in the diagnosis of several cancer types.