Artificial intelligence can predict how cancers will evolve and spread 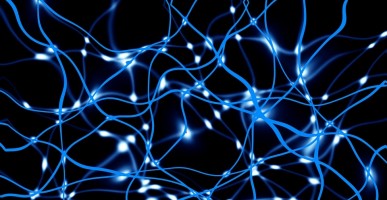 Scientists have used artificial intelligence to predict how cancers will progress and evolve – so that doctors can design the most effective treatment for each patient.

They developed a new technique called REVOLVER (Repeated evolution of cancer), which picks out patterns in DNA mutation within cancers and uses the information to forecast future genetic changes.

The ever-changing nature of tumours is one of the biggest challenges in treating cancer – with cancers often evolving to a drug-resistant form.

But a team led by scientists at The Institute of Cancer Research, London, and the University of Edinburgh were able to use their analysis of genetic changes to predict cancer’s next move – allowing doctors to stay one step ahead.

The research was funded by the Wellcome Trust, the European Research Council and Cancer Research UK, and is published in the journal Nature Methods.

If doctors can predict how a tumour will evolve, they could intervene earlier to stop cancer in its tracks before it has had a chance to evolve or develop resistance, increasing the patient’s chances of survival.

Study leader Dr Andrea Sottoriva, Team Leader in Evolutionary Genomics and Modelling at The Institute of Cancer Research, London, said “We’ve developed a powerful artificial intelligence tool which can make predictions about the future steps in the evolution of tumours based on certain patterns of mutation that have so far remained hidden within complex data sets. With this tool we hope to remove one of cancer’s trump cards – the fact that it evolves unpredictably, without us knowing what is going to happen next. By giving us a peek into the future, we could potentially use this AI tool to intervene at an earlier stage, predicting cancer’s next move.”

Scientists at The Institute of Cancer Research, London, and the University of Edinburgh working collaboratively with colleagues from the University of Birmingham, Stanford University and Queen Mary University London, also found that there was a link between certain sequences of repeated tumour mutations and survival outcome.

This suggests that repeating patterns of DNA mutations could be used as an indicator of prognosis, helping to shape future treatment.

For example, the researchers found that breast tumours which had a sequence of errors in the genetic material that codes for the tumour-suppressing protein p53, followed by mutations in chromosome 8, survived less time than those with other similar trajectories of genetic changes.

The ICR team and their colleagues developed a new machine learning technique which transfers knowledge about tumours across similar patients.

This method identifies patterns in the order that genetic mutations occur in tumours that are repeated both within and between patients’ tumours, applying one tumour’s pattern of mutations to predict another’s.

The researchers used 768 tumour samples from 178 patients reported in previous studies for lung, breast, kidney and bowel cancer, and analysed the data within each cancer type respectively to accurately detect and compare changes in each tumour.

Joint study leader Professor Guido Sanguinetti, from the School of Informatics at the University of Edinburgh, said "This study shows how collaboration across disciplines adds value to research. By solving a statistical machine learning problem, we were able to shed light on cancer evolution. It is an example of how the power of AI to detect complex patterns in data can be harnessed to further our scientific understanding to improve human health."

By identifying repeating patterns and combining this with current knowledge of cancer biology and evolution, the scientists could predict the future trajectory of tumour development.

Professor Paul Workman, Chief Executive of The Institute of Cancer Research, London, said “Cancer evolution is the biggest challenge we face in creating treatments that will work more effectively for patients. If we are able to predict how a tumour will evolve, the treatment could be altered before adaptation and drug resistance ever occur, putting us one step ahead of the cancer. This new approach using AI could allow treatment to be personalised in a more detailed way and at an earlier stage than is currently possible, tailoring it to the characteristics of each individual tumour and to predictions of what that tumour will look like in the future.”