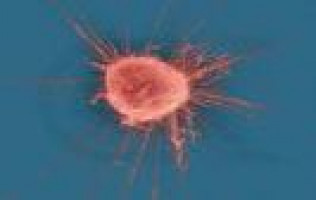 Researchers at the University of Washington have demonstrated a new technique for mapping the flow of biomolecules in and around solid tumours.

In a special issue of Biointerphases, an AVS journal from AIP Publishing, that is highlighting women in the field of biointerface science, the group uses time-of-flight secondary ion mass spectrometry (ToF-SIMS) to observe how molecules move and how tumours send signals to their microenvironment and sap local tissue of resources.

"People are going to see that this TOF-SIMS technique, when combined with knowledge of tumour cell behaviour, will allow researchers to understand what's happening on the chemical molecular level," said Lara Gamble, an author on the paper.

"Are there certain molecules, lipids or fuels that tumours suck away from regular tissues to help them grow?"

Various methods have been developed for identifying where a tumour is and how it utilises connective tissue like blood vessels to sustain its growth, but, until recently, little has been understood about what kinds of signals tumours use to achieve this.

To address this question, Gamble and her colleagues use TOF-SIMS to blast nanoscale regions of a tumour so parts leave the sample and enter a mass spectrometer.

This device then separates and counts molecules based on their molecular weight.

Scanning areas of 800 nanometers or less, the approach generates a map for where any particular molecule is present in a tumour sample.

One square millimetre is reported to take about an hour and a half to map.

The group tested their technique on an inducible mouse model of pancreatic neuroendocrine tumourigenesis that is well-established as a model for studying the interaction between oncogenes and tumour suppressors, which together generate highly aggressive cancers.

The ToF-SIMS technique was able to identify alterations to the normal flow of a wide variety of molecules ranging from larger lipids and nucleotides down to single ions.

Next, Gamble and her group plan to use their technique on earlier time-points of tumor induction in an attempt to chart out a series of chemical signals that tell the story of pancreatic tumor growth.

"We're also looking to see if the there's cross-talk between tumours," Gamble said. "We would like to identify the molecules that could both initiate and maintain tumour growth."