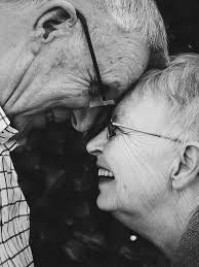 Two-thirds of current cancer patients, and more than three-quarters of former cancer patients aged 50 and over, are mentally flourishing despite their illness, according to a large, new, nationally representative study from researchers at the University of Toronto's Factor-Inwentash Faculty of Social Work.

"Cancer patients were doing much better than we had expected. Two-thirds met our very stringent criteria for 'complete mental health' which meant that they were happy and/or satisfied with their life on a daily or almost daily basis and they also reported very high levels of social and psychological wellbeing (e.g. having warm and trusting relationships with others, and reporting that their life has a sense of direction or meaning). Only those who were also free of mental illness including depression and anxiety disorders and without any substance dependence or suicidal thoughts in the past year were classified as being in complete mental health" reports Professor Esme Fuller-Thomson, lead author of the study and Sandra Rotman Endowed Chair and Director of the Institute for Life Course and Aging at the University of Toronto.

"The news for cancer survivors was even better, with three-quarters living in complete mental health, which is a prevalence comparable to that of individuals with no cancer history".

"Among those with former or current cancer, the odds of complete mental health were higher for women, white, married, and older respondents, as well as those with higher income and those who did not have disabling pain nor functional limitations. We found that earlier difficulties cast a long shadow: those who had been physically abused during their childhood and those who had ever had depression or anxiety disorders were less likely to be in complete mental health." reported co-author Keri West, a PhD student at the Factor-Inwentash Faculty of Social Work.

"Clarifying the mental health trajectories of cancer patients may help to identify interventional targets in order to optimize psychosocial well-being in the course of illness and recovery," said West.

The authors emphasise that the results are only correlational and it is impossible to determine causality due to the cross-sectional and observational nature of the survey.

They emphasise that future longitudinal research is needed to improve understanding of what pathways improve resilience and recovery among cancer patients.

"These findings of incredible mental flourishing even in the context of cancer is a wonderful testament to the resiliency of patients and an encouraging message for patients, their families and their health care providers" stated Fuller-Thomson.