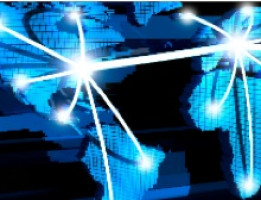 When enrolled in a cancer clinical trial, the differences in survival rates between rural and urban patients are significantly reduced, SWOG study results show.

The study results are published in JAMA Network Open by a team led by Joseph Unger, PhD, a SWOG biostatistician and health services researcher at Fred Hutchinson Cancer Research Center.

It's the first study to comprehensively compare survival outcomes in rural and urban cancer patients enrolled in clinical trials.

The results cast new light on decades of research, which paints a stark picture of cancer disparities.

About 19 percent of Americans live in rural areas, and studies have shown that, when faced with cancer, rural patients don't live as long as urban cancer patients.

But the new analysis by SWOG, the international cancer clinical trials network funded by the National Cancer Institute (NCI), indicates that this difference in survival is not due to patients - but to the care they receive.

"These findings were a surprise, since we thought we might find the same disparities others had found," Unger said.

"But clinical trials are a key difference here. In trials, patients are uniformly assessed, treated, and followed under a strict, guideline-driven protocol. This suggests that giving people with cancer access to uniform treatment strategies could help resolve the disparities in outcomes that we see between rural and urban patients."

Unger and SWOG member Dr. Banu Symington, an oncologist who practices at the Sweetwater Regional Cancer Center in rural Idaho, received a grant from SWOG's public charity, The Hope Foundation, to study cancer disparities by analysing existing data from the group's trials.

The team had a big trove of data to mine.

The team limited their analysis of survival to the first five years after trial enrolment to emphasise outcomes related to cancer and its treatment.

Using U.S. Department of Agriculture population classifications known as Rural-Urban Continuum Codes, the team categorised the patients as either rural or urban and analysed their outcomes.

The team used a statistical model known as a multivariate Cox regression to analyse their data.

This method allows investigators to examine the relationship between survival and one or more predictor values, such as the age of the patient or the stage of their cancer.

No matter the variable, or the cancer type, results were clear.

There was no meaningful difference in survival patterns between rural and urban patients for almost all of the 17 different cancer types.

Rural patients with this cancer didn't live as long as their urban counterparts, a finding the team says could be attributed to a few factors, including timely access to follow-up chemotherapy after their first round of cancer treatment.

"If people diagnosed with cancer, regardless of where they live, receive similar care and have similar outcomes, then a reasonable inference is that the best way to improve outcomes for rural patients is to improve their access to quality care," Unger said.

Unger noted that the NCI CommunityOncology Research Program (NCORP) - which funded his study - brings clinical trials into community hospitals and clinics, including in rural areas, and represents the community-level outreach that can provide the quality cancer care that may be needed.

The result is that tens of thousands of rural cancer patients can enrol in NCI clinical trials and be cared for right at their local hospital and clinic.

"The goal of this expansion was to provide access and test interventions to reduce disparities by improving the quality of care across the cancer continuum among rural populations," said Worta McCaskill-Stevens, MD, chief of the Community Oncology and Prevention Trials Research Group at NCI.