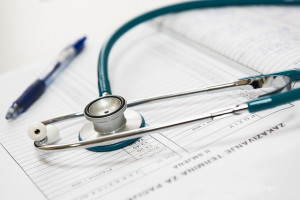 A new study provides insights into the degree to which socioeconomic status explains racial and ethnic disparities in childhood cancer survival.

Published early online in CANCER, a peer-reviewed journal of the American Cancer Society, the findings may inform where to allocate resources to best reduce racial and ethnic survival disparities for each of the major types of childhood cancer.

For many childhood cancers, survival is lower in black and Hispanic patients compared with non-Hispanic white patients. Rebecca Kehm, PhD, and her colleagues at the University of Minnesota School of Public Health and the Masonic Cancer Center set out to investigate whether racial and ethnic disparities in childhood cancer survival are attributed to underlying differences in socioeconomic status--one's social and economic position in relation to others based on income, education, and occupation.

For the study, the team examined population-based cancer survival data from the Surveillance, Epidemiology, and End Results database for black, white, and Hispanic children, ages 0-19 years, diagnosed between 2000 and 2011.

Among the 31,866 patients identified, whites had a significant survival advantage over blacks and Hispanics for several childhood cancers.

"These findings provide insight for future intervention efforts aimed at closing the survival gap," said Dr. Kehm, who is currently conducting postdoctoral research at Columbia University. "For cancers in which socioeconomic status is a key factor in explaining racial and ethnic survival disparities, behavioral and supportive interventions that address social and economic barriers to effective care are warranted; however, for cancers in which survival is less influenced by socioeconomic status, more research is needed on underlying differences in tumor biology and drug processing."

Dr. Kehm stressed that the causes of racial and ethnic disparities in childhood cancer survival are likely complex.

For some types of childhood cancer, racial and ethnic survival disparities could be addressed through initiatives that reduce social and economic barriers to effective care such as expanded health insurance coverage, improved patient care coordination, increased health literacy, and supplementation of transportation and childcare costs during treatment.

For other types of childhood cancer, the biology of drug processing or tumour biology that differs by ancestry may be more important.