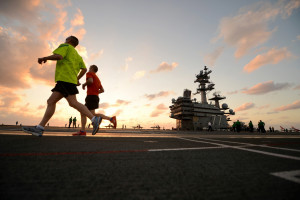 It has long been accepted that regular exercise can assist in helping to prevent or reduce the risk of a multitude of health problems.

However, a new study on US audiences published in the Journal of Health Communication, reports that the public respondents to a survey were largely unaware that an insufficient level of exercise can contribute to an increased risk of certain types of cancer, such as colon and breast.

Researchers from Washington University surveyed a diverse sample of 1,161 US participants, oversampling socio-demographically disadvantaged groups, to identify what types of diseases lay audiences believed are caused by insufficient levels of exercise.

They then randomly selected 351 responses - specifically including an open-ended question asking respondents what illnesses are caused by insufficient physical activity.

They found that although there was a high awareness that inadequate levels of physical exercise resulted in an increased risk of cardiovascular (63.5%) and metabolic (65.8%) problems, there was an extremely low level of respondents who associated it with increased risk of cancer (3.4%) and other diseases such as gastrointestinal (0.9%) and respiratory (3.4%).

Lead author of the study and Associate Professor of Surgery at Washington University Erika Waters, commented, "Many people know that not getting enough physical activity can increase your chances of having heart problems or getting diabetes. However, few people realize that inactivity can also raise their chances of getting other diseases like cancer."

The authors suggest that the lack of public knowledge linking low levels of exercise some types of cancers is due to the focus public health campaigns have on communicating how it is beneficial for "heart health" and weight loss, and therefore failing to include the other health benefits.

For public audiences to better understand the risks associated with insufficient levels of exercise, the researchers propose that the first step would be to raise awareness by making these more of the focus of public health campaigns.

It is reported by the authors that the public may have little intention to change their behaviour because they do not realize that it is problematic in the first place and to better influence and facilitate behaviour change, it is essential to ensure audiences are fully aware of the consequences.

However, they also reiterate that to further clarify these hypotheses and to better understand public attitudes and understanding of the health risks from low levels of exercise, further future studies should be conducted, to confirm or challenge these.