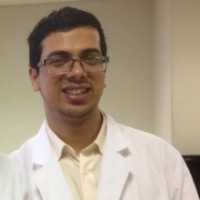 A lot of progress has been made in the last few years on fine-tuning adjuvant endocrine therapy in patients with early breast cancer. A couple of years ago we answered the question of how long adjuvant endocrine therapy should be given. The ATLAS and MA.17R trials showed that giving endocrine therapy for 10 years improved outcomes compared with 5 years of therapy. Two trials published in NEJM last month try to answer another important question; whether one endocrine therapy is enough. In the analysis of SOFT and TEXT trials, adding ovarian suppression to tamoxifen in premenopausal women showed significantly higher 8-year rates of both disease-free and overall survival than tamoxifen alone, but with a higher incidence of adverse events. Exemestane plus ovarian suppression achieved higher disease-free survival rates but not overall survival compared with tamoxifen plus ovarian suppression. However, because this trial was initiated before we had an answer on the duration of therapy, it is not clear whether these results hold when tamoxifen is given for 10 years instead of 5. We also now know that adding a bone modifying agent helps improve survival. So what is the best combination? In my view, the selection of adjuvant treatment should be tailored to patients’ expectations and their concerns about the toxicities. Speaking of tailoring the adjuvant treatment, the TAILOR study randomised patients with an intermediate recurrence score in the 21 gene recurrence assay to endocrine therapy and chemoendocrine therapy. The results demonstrated the non-inferiority of endocrine therapy alone with respect to invasive disease-free survival rates and overall survival rates. This study was presented at ASCO 2018, and I have discussed the nuances of this study in this video, but the take-home message is that  we can safely spare chemotherapy for women over 50 years of age, and for those with recurrence score between 11 and 16.

Just when I thought there were no cancers in which PD-1 inhibitors haven’t been tried, a new  PD-1 inhibitor cemiplimab has shown impressive response rates in advanced squamous cell carcinoma of skin in a combined report of phase 1 and phase 2 trials. If you look at this study, I assume you will be impressed with the photographs of two remarkable responses. Don’t get me wrong, I would be very happy to see those responses in my own patients. But I wonder why readers always get to see photographs of the super-responders. Doesn’t that bias readers to thinking positively about the drug?  What about those patients who didn’t do well and progressed?  The results show that 3 patients died due to adverse events, one of whom was a 93-year-old man. We certainly need to improve enrollment of patients with a wide range of ages into drug trials, but the thought that a 93-year-old man with squamous cell cancer was enrolled in a trial of a new PD-1 inhibitor and died of drug toxicities gives me pause for thought. Speaking of bias, I came across these sentences at the end of the paper: “The first draft of the manuscript was prepared by a medical writer, who was paid by the sponsors; the draft was based on comments that were provided by the authors on the manuscript outline, which was also prepared by the medical writer.” Does the person who writes the first draft bias the way the paper comes out, for example, by deciding what facts to highlight and how to organise the results?

In an unusual finding, pembrolizumab significantly decreased progression-free survival (PFS) in patients with advanced gastric or gastro-esophageal junction cancers (median 1.5 v 4.1 months, HR 1.27, 95% CI 1.03-1.57). The overall survival (OS) was similar. The abstract conclusion highlights that there was no significant change in OS but safety profile was better with pembrolizumab, but does not say that PFS was significantly worse. PFS and OS were coprimary endpoints in this trial, and editors should be more cognizant of ensuring that when co-primary endpoints exist, both get included in the abstract conclusions. It is probably not a coincidence that PFS was significantly worse and was left out, while the non-significant results of similar OS made it to the conclusion in the abstract.

For small papillary thyroid cancers, for which just active surveillance is a valid treatment option, many patients end up undergoing surgery. This can be explained to some extent by patient preference and fear of recurrence. But what about the operative strategy? Are patient preferences closely examined, or do surgeons’ preferences drive the choice? Despite documented evidence that a total thyroidectomy provides no added advantage (but increased complications) over lobectomy alone, why do 80% of patients in the U.S. undergo total thyroidectomy for a condition that didn’t even need any surgery to begin with? Please read this excellent piece to understand why medical practice can be driven by things other than data.

The FDA’s accelerated approval pathway was developed to allow drugs to be approved earlier and based on less certainty if they show changes in intermediate endpoints or other surrogate measures only “reasonably likely” to predict changes in real clinical endpoints. An important aspect of this compromise is the manufacturer’s commitment to conduct a trial after the approval that confirms the clinical benefit and safety of the drug. However, if these confirmatory trials aren’t conducted in a timely fashion and do not use meaningful clinical endpoints, the trade-off inherent in the accelerated approval pathway is undermined. I and Dr. Aaron Kesselheim discuss these issues in our new paper.

Dr. Gyawali is a research fellow at Program On Regulation, Therapeutics And Law (PORTAL) at Brigham and Women’s Hospital/Harvard Medical School. The opinions expressed herein are his own. You can read his previous blogs here.