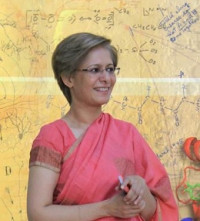 The American Society of Clinical Oncology (ASCO) 2018 Annual Meeting was exciting for breast cancer this year with a plenary presentation and numerous potential practice changing and hypothesis generating studies presented.

We saw the results of numerous trials trying to refine standard chemotherapeutic regimens and trying to de-escalate treatment regimens to make them kinder for our patients.

Here, we review some of the abstracts that we found interesting at ASCO 2018.

In the NHS, all patients with node negative, ER positive early breast cancer (EBC) with an intermediate risk of recurrence (Nottingham prognostic index score of between 3.4 and 5.4) are entitled to have their tumour sent for oncotype-DX assay testing to determine benefit from adjuvant chemotherapy.

With a recurrence score (RS) of >= 31 (considered high risk), adjuvant chemotherapy clearly reduces the risk of recurrence of disease.

A RS between 18 and 30 was traditionally considered to be associated with intermediate risk of recurrence of disease with the clinical utility associated with chemotherapy being of indeterminate benefit.

An individualised discussion between the clinician and patient drove shared decision making with little evidence to support or not support chemotherapy.

Unlike, real world practice, the cut-off points for intermediate RS was re-calibrated to 11-25 and not 15-30.

6,711 patients with early stage node negative breast cancer whose tumours exhibited a RS between 11 and 25 were randomised.

63% had a tumour size of 1-2 cm, 57% had grade 2 disease, 33% were younger than 50 years of age and the most common chemotherapy regimen used as adjuvant CT was docetaxel-cyclophospmaide (56%).

The authors reported that the primary end point of invasive disease free survival (iDFS) was not significantly different between the two randomised arms and  the secondary end points of relapse free interval and overall survival (OS) were also similar.

An exploratory analysis was conducted looking at chemotherapy treatment interactions for patients with a RS of 11-25.

As the data stands, for patients with node negative hormone receptor positive, HER2 negative breast cancer and a RS of less than 11, there is no role for adjuvant chemotherapy.

study does not truly reflect real world practice as the study included patients with very small tumours with a low clinical risk.

At ASCO 2017, the data on APHINITY, the addition of pertuzumab to trastuzumab, was presented and showed no OS but disease free survival (DFS) benefit and there was a lot of media coverage and it has changed practice in some revenue driven settings2.

PERSEPHONE, a pivotal non-inferiority trial conducted in the UK was presented at ASCO 2018 looking at the duration of anti-Her 2 therapy – patients were randomised to either 6 months of adjuvant Trastuzumab vs  standard 12 months of therapy3.

Given the cost-implications of monoclonal antibodies even with the availability of biosimilars, this data does allow some level of confidence in safely recommending 6 months of adjuvant trastuzumab in certain subgroups of patients.

Genomics – can it de-escalate therapy?

Clinicians were randomised to know or not know (2:1) the molecular profiling data.

The clinicians who did not know the results treated patients with AC (doxorubicin, cyclophosphamide) x 4 followed by taxanes x 4 while the other group received AC x 4 to define chemosensitivity and then received targeted drugs based on response cascade - atezolimumab, panitumumab, enzatulamide, everolimus, mirvetuximab.

Where the clinician did not know the molecular profiling results, the pCR was 50% vs 43% and the pCR/residual cancer burden-1 was 62% vs 56%.

At this point, molecular profiling patients with TNBC does not  look promising and treatment continuation based on using standard of care which is clinical and radiologic assessment is recommended.

There were two studies that looked at ovarian suppression (OvS) in pre-menopausal patients with EBC5,6.

The ASTRRA study compared outcomes between Tamoxifen and OvS for 2 yrs vs tamoxifen alone and showed that adding OvS to Tamoxifen significantly improved DFS.

The study assessed ovarian function longitudinally with FSH levels at 6 monthly intervals for 2 years post end of CT and if the levels were <30 IU/mL or if patients had a menstrual period, they were randomised.

All patients in this study had received chemotherapy so were likely a higher risk group of patients.

The SOFT and TEXT trials have changed practice in that adding OvS to tamoxifen or OvS and exemastane is considered standard of care for premenopausal patients with intermediate or high risk of recurrence.

Regan et al presented the data with a median follow-up of 8-9 years and showed that the improvement in 8-years freedom from distant recurrence relates to the risk of recurrence.

This was done by a very complex composite analysis which is not replicable in the clinics.

Given the data even on patients with T1 cancers (see Table 1 below), predicting late recurrences is an important issue not only to add adjuvant OvS but also to decide upon the duration of endocrine therapy.

There are quite a few tools which are emerging to help with the decision making about late recurrences – and some were presented at ASCO 2018 but of all these, the most promising to be used in clinics currently seems to be the clinical treatment score (CTS5) score - and this includes nodal status, grade, tumour size and age.

Patients with high or intermediate score / risk can be considered for 2-5 years of OvS with exemastane / tamoxifen.

Table 1: The risk of late recurrences in patients with hormone receptor positive EBC (More than 50% occur after 5 years) 8-10
Presented by William Gradishar at ASCO 2018

Both the studies presented on adjuvant use of denosumab (ABCSG-18 and D-CARE) were not practice changing and presented somewhat conflicting information11,12.

Denosumab does prevent bone fractures in early breast cancer patients but at this point denosumab cannot be recommended for improving outcomes- see Table 2 below.

In patients with EBC, adjuvant Zoledronate for 2-3 years remains the standard of care in post-menopausal women with EBC with an intermediate or high risk of disease recurrence based on the AZURE and SUCCESS-A data13,14.

The primary end point was OS and at 15-year follow-up, there was no significant improvement in OS though the number of events were quite small in later years.

At 15-years, the survival analysis showed that the patients who had IM-MS radiotherapy had less likelihood of dying of breast cancer and reassuringly there were no increased cardiovascular risks or other cancers .

The question is whether all eligible patients should get regional nodal irradiation? Given that the patients are having radiotherapy anyway, it is prudent to include the IM-MS group in a selected group of patients.

The study presented at ASCO 2018 was a prospective national trial which recruited 162 BRCA1 /2 carriers, over 30 yrs of age and diagnosed with stage I-III breast cancer between May 2007 and October 2017- of these 81 pts had surgery and radiation to the involved side only (control group) and 81 chose additional radiation to the contralateral uninvolved breast (intervention group)18.

It is postulated that radiotherapy destroys the luminal epithelial compartment which is responsible for BRCA- associated cancers.

This looks to be promising especially in LMIC where the uptake of risk reducing mastectomy is very low and also as a potential solution for high-risk women declining mastectomy though more long-term follow-up is required.

MRI-based breast screening is an option in these women and has proven to be a reasonable alternative to risk-reducing mastectomy but carries its own issues with false positives / unnecessary biopsies and psychological impact19.

One of the studies looked at the incidence of lymphoedema post neoadjuvant chemotherapy (NACT) as part of a sub study of ACOSOG Z1071 (Alliance for Clinical Trials in Oncology) trial for patients with node-positive breast cancer20.

The study included 486 patients and looked at the measures at 3 years - volume 10% increase, 20% increase and patient reported swelling or heaviness.

As we are moving towards using more NACT especially in TNBC and Her 2 positive cancers, this study becomes relevant especially in node positive patients with larger tumours which reflects the study population.

We need to be mindful of the long-term lymphoedema rate in outpatient department for those patients who have received longer duration of NACT.

Arthralgia remains a significant toxicity of adjuvant endocrine treatment in EBC and is one of the common reasons for non-compliance.

In this interesting study21, patients with an aromatase inhibitor and a Brief Pain Inventory (BPI) score of >5 /10 were (n=249) were randomised to Omega-3 fatty acid 3.3 g/day for 24 weeks and placebo.

These drugs can easily be recommended in the outpatient setting –they are relatively low cost, have a good safety profile and also have a positive impact on the triglycerides, another lipid profile component.

8. Early Breast Cancer Trialists' Collaborative Group (EBCTCG). Effects of chemotherapy and hormonal therapy for early breast cancer on recurrence and 15-year survival: an overview of the randomised trials. Lancet. 2005 May 14-20;365(9472):1687-717.