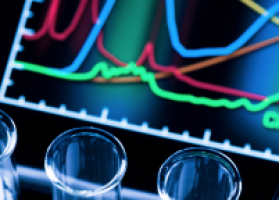 A research team led by scientists from the Cancer Institute of Singapore (CSI Singapore) at the National University of Singapore (NUS) has developed a novel peptide drug called FFW that could potentially stop the development of hepatocellular carcinoma (HCC) or primary liver cancer.

This landmark discovery opens door for more effective treatment of liver cancer with less side effects.

The international team comprises researchers from Brigham and Women's Hospital at Harvard Medical School, the Department of Biological Sciences under the NUS Faculty of Science, as well as the Agency for Science, Technology and Research.

HCC is a fast-growing cancer of the liver, and patients typically survive 11 months after diagnosis.

HCC accounts for over 90 per cent of all liver cancers and poses a major public health problem in the Asia Pacific region.

The main first-line treatment for HCC is the drug Sorafenib, which has adverse side effects and prolongs survival for only three months.

The lack of effective treatment alternatives, coupled with late discovery, has led to HCC becoming the second leading cause of cancer deaths worldwide.

SALL4 - a protein related to tumour growth - has been widely studied as a prognosis marker and drug target for HCC and other cancers such as lung cancer and leukaemia.

It is usually present in the growing foetus but is inactive in adult tissue. In some types of cancer, such as HCC, SALL4 is reactivated, leading to the growth of tumours.

However, SALL4 has previously been classified as an 'undruggable target'.

Drug molecules which act on protein interactions like SALL4-NuRD often require the target proteins to have a small 'pocket' in their 3D structure where the drug molecule can reside and take effect.

"In our earlier research, we found out that the SALL4 protein works with another protein, NuRD, to form a partnership that is crucial for the development of cancers such as HCC. Instead of looking for 'pockets' on SALL4, our research team designed a bio-molecule to block the interaction between SALL4 and NuRD. In our lab experiments, blocking this interaction has led to tumour cell death and reduced movement of tumour cells," explained Professor Daniel Tenen, Director of CSI Singapore.

He added, "This exciting discovery has important implications for treatment of HCC. Our work could also be beneficial to a broad range of solid cancers and leukaemic malignancies with elevated SALL4."

The research team also discovered that FFW, when used in combination with sorafenib, could reduce the growth of sorafenib-resistant HCC.

Their research is published in the Proceedings of the National Academy of Sciences.

While most targeted therapies are small-molecule drugs, a well-designed peptide drug - such as FFW - tends to possess higher selectivity over large binding surfaces with a safer toxicity profile compared with small molecules.

Dr Liu Bee Hui, Research Fellow at CSI Singapore, said, "Based on the information we gained from structural and global gene expression, we are continuing our work on this peptide and other peptides with similar structures, with the aim of eventually being able to make them into clinical grade drugs for the benefit of patients."

The targeting of the SALL4-NuRD interaction as a cancer-cell-specific target represents an exciting avenue for development of therapeutic options.

"An ideal cancer target should be cancer-specific and non-toxic to normal tissues. To this end, we are collaborating to find a missing link that can cure cancer and restore normal cell function," explained Associate Professor Li Chai from Brigham and Women's Hospital at Harvard Medical School.

The research team utilised a creative and innovative integrated approach, combined with structural analysis techniques, to act on protein interactions like SALL4-NuRD.

The collaborative effort led to the design of the peptide FFW, which is a small chain of amino acids that can interfere with SALL4-NuRD interactions.

FFW could effectively block the huge protein-protein interaction surface and does not require a 'pocket' to take effect.

"In our latest work, the research team has also demonstrated an effective strategy to accurately target oncogenes previously considered undruggable. Moving forward, we hope to investigate how the targeting of these protein interactions might pan out in other cancer types," Prof Tenen said.