What the satellites in your body do 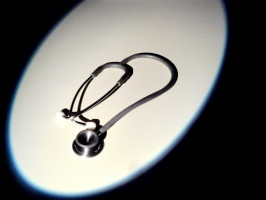 Working copies of satellite DNA (called satellite RNAs) are high in certain types of cancer, such as breast and ovarian.

But whether they cause cancer or merely coincide with it has been unclear.

The research, which appeared in the journal Molecular Cell, suggests that targeting satellite RNAs could provide another approach for treating multiple types of cancer, including breast, ovarian, prostate and pancreatic.

"One of the most interesting things about this work is that it shows that RNA itself is playing a role in cancer," says Salk American Cancer Society Professor Tony Hunter, one of the senior authors.

"This means that not everything in cancer is caused by aberrant proteins, and it gives us new options for fighting this terrible disease."

Satellite RNAs are short, repetitive sequences copied from DNA near the middle and ends of chromosomes.

These molecules of genetic information do not code for proteins and are rarely found in adult cells, except in the case of malignant tumours--where, according to some studies, satellite RNAs can represent up to 50 percent of the total RNA in a cell.

Thus, researchers are keen to clarify their connection to cancer.

The Salk scientists chose hSATa because it is often seen in human and mouse tumours lacking BRCA1, a tumour-suppressor protein, which is mutated in hereditary breast cancer.

They injected these RNAs into human cells grown on dishes in the laboratory and noted an increase in proteins that indicate DNA damage.

Using the CRISPR genetic tool to increase the amount of RNA copied from the endogenous (inherent) satellite DNA within the cells had the same effect, showing that the key to damage was the presence of satellite RNA and not whether, for example, it was foreign to the cell.

Further analysis showed that the DNA damage was caused by impaired copying (what scientists call "replication").

Many of the chromosomes in these cells had visibly abnormal shapes, a hallmark of cancer.

Next, the researchers introduced viruses that make hSATa RNA (when they infect cells) into mouse mammary glands, and saw tumors form 60 percent of the time. (Luckily, cells have multiple anticancer mechanisms, so satellite RNAs will not necessarily always cause cancer.)

To find out what was happening at the molecular level, the team isolated the hSATa RNAs from the cells along with any proteins bound to them.

The researchers discovered something striking: a majority of the bound proteins belonged to a DNA-damage-repair network with which BRCA1 is also associated.

BRCA1 is known to be involved in stabilising replication structures formed as DNA is copied during cell division.

When BRCA1 is mutated, DNA replication goes awry and the resultant damage can cause further mutations that lead, most commonly, to breast cancer.

The new study found that satellite RNA binds to healthy BRCA1 and similarly interferes with its stabilising function, which stalls replication, leading to DNA damage.

The work suggests that satellite RNAs may be potentially powerful targets for anticancer therapies.

"In 2011, we found that the loss of BRCA1 leads to increased levels of satellite RNAs and chromosomal abnormalities but we didn't know what the connection was between the abnormal repetitive RNA and cancer," says former Salk postdoctoral researcher Quan Zhu and the paper's first author.

"In this work, we have now discovered how satellite RNAs disrupt normal DNA replication, which has obvious implications for cancer but may also be at work in other genetic diseases." Zhu is now a research scientist at UC San Diego.