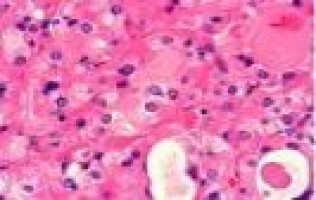 A novel nuclear medicine approach is showing great promise for precision treatment of solid tumours in many types of cancer - including lung, breast, pancreas and ovarian in adults and glioma, neuroblastoma and sarcoma in children.

The research was presented today at the SNMMI 2018 Annual Meeting, June 23-26 in Philadelphia.

In the research presented today, the researchers expanded the DOTA-PRIT approach to actinium-225 (225Ac), an alpha-emitting isotope.

"By combining DOTA-PRIT with 225Ac-proteus-DOTA hapten, we can potentially target a wide array of cancer types for which we have validated DOTA-PRIT bispecific antibodies (GD2-expressing, HER2-expressing, and GPA33-expressing cancers)."

DOTA-PRIT has a major advantage over other forms of radioimmunotherapy because of its very high ability to deliver radiation to tumours while sparing normal tissues, such as kidney and bone marrow.

Larson and Cheal explained, "Creating a targeting alpha radiohapten greatly expands the potential for killing small nests of cells and even single cancer cells, which is likely to be important early in the course of metastatic spread."

Researchers synthesised proteus-DOTA, radiolabeled it with 225Ac, and conducted in vitro and in vivo studies of a mouse model with colorectal cancer to determine if pretargeting the tumour with 225c-proteus-DOTA hapten was feasible.

A toxicity study was performed in normal tumour-free athymic nude mice with varying dose levels of 225Ac-proteus-DOTA given as a single intravenous injection.

Mice were monitored daily for 145 days post-injection and weighed up to twice weekly for evidence of treatment-induced toxicity.

In addition, the new approach offers greater versatility of treatment for a wide variety of solid tumours and clinical situations.

Larson and Cheal pointed out, "When solid tumours spread beyond surgical control, they are the deadliest tumours for cancer patients. Using the DOTA-PRIT approach, we hope to greatly expand the potential of delivering precision radioimmunotherapy to human solid tumours."