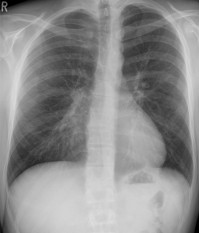 A team of researchers including investigators from Mayo Clinic has identified a technology to address the problem of false positives in CT-based lung cancer screening.

The team's findings are published in the current issue of PLOS One.

To address the problem of false positives in lung cancer screening Dr. Peikert and Fabien Maldonado, M.D., from Vanderbilt University, along with their collaborators used a radiomics approach to analyze the CT images of all lung cancers diagnosed as part of the National Lung Cancer Screening Trial.

Radiomics is a field of medicine that involves extracting large amounts of quantitative data from medical images and using computer programs to identify disease characteristics that cannot be seen by the naked eye.

They identified eight variables which enabled them to distinguish a benign nodule from a cancerous nodule.

None of the eight variables were directly linked to nodule size and the researchers did not include any demographic variables such as age, smoking status and prior cancer history as part of their testing.

Dr. Peikert says that while the technology looks very promising and has the potential to change the way physicians evaluate incidentally detected lung nodules, it still requires additional validation.