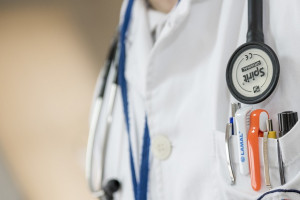 While a wide majority of oncologists do not feel informed enough about medical marijuana's utility to make clinical recommendations, most do in fact conduct discussions on medical marijuana in the clinic and nearly half recommend it to their patients, say researchers who surveyed a population-based sample of medical oncologists.

The study, published today in the Journal of Clinical Oncology, is the first nationally-representative survey of medical oncologists to examine attitudes, knowledge and practices regarding the agent since medical marijuana became legal on the state level in the U.S.

A significant proportion of medical marijuana products are whole-plant marijuana, which contains hundreds of active ingredients with complicated synergistic and inhibitory interactions.

By contrast, cannabinoid pharmaceuticals, which are available with a prescription through a pharmacy, contain no more than a couple of active ingredients.

While considerable research has gone into the development of cannabinoid pharmaceuticals, much less has been completed on medical marijuana's utility in cancer and other diseases.

The researchers speculate that the immature scientific evidence base poses challenges for oncologists.

"In this study, we identified a concerning discrepancy: although 80% of the oncologists we surveyed discussed medical marijuana with patients and nearly half recommended use of the agent clinically, less than 30% of the total sample actually consider themselves knowledgeable enough to make such recommendations," said Ilana Braun, MD, chief of Dana-Farber Cancer Institute's Division of Adult Psychosocial Oncology. "We can think of few other instances in which physicians would offer clinical advice about a topic on which they do not feel knowledgeable. We suspect that this is at least partly due to the uncomfortable spot in which oncologists find themselves. Medical marijuana is legal in over half the states, with cancer as a qualifying condition in the vast majority of laws, yet the scientific evidence base supporting use of medical marijuana in oncology remains thin."

Responses indicated significant differences in attitudes and practices based on non-clinical factors, for instance regional location in the U.S.

"Ensuring that physicians have a sufficient knowledge on which to base their medical recommendations is essential to providing high quality care, according to Eric G. Campbell, PhD, formerly a professor of medicine at the Massachusetts General Hospital, now a professor at the University of Colorado School of Medicine. "Our study suggests that there is clearly room for improvement when it comes to medical marijuana."

Of note, additional findings of the current study suggest that nearly two-thirds of oncologists believe medical marijuana to be an effective adjunct to standard pain treatment, and equally or more effective than the standard therapies for symptoms like nausea or lack of appetite, common side effects of cancer treatments such as chemotherapy.