Sigmoidoscopy reduces colon cancer risk for men, but not women 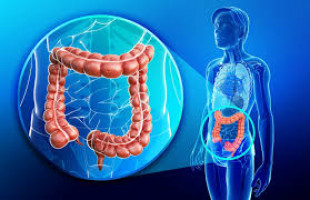 Offering sigmoidoscopy screening to men and women in Norway reduced colorectal cancer (CRC) incidence and mortality in men, but had little or no effect in women.

These findings suggest that current guidelines recommending that women get screened for CRC with flexible sigmoidoscopy should be reconsidered.

Results of a randomised trial are published in Annals of Internal Medicine.

Sigmoidoscopy screening for CRC has been introduced in the United Kingdom and other countries, including a screening pilot in Norway.

Previous analyses of four randomised trials have indicated that sigmoidoscopy screening reduces CRC incidence by 18 percent to 26 percent and CRC mortality by 22 percent to 31 percent after 10 to 17 years of follow-up.

However, the effectiveness of sigmoidoscopy screening in women is still uncertain.

Researchers from the Norwegian Cancer Registry and the University of Oslo randomly assigned 98,678 persons aged 50 to 64 to either be screened for CRC with flexible sigmoidoscopy or to have no screening at all.

At 17 years, men in the sigmoidoscopy group saw their CRC risk reduced by 34 percent and CRC mortality reduced by 37 percent.

The researchers found little or no reduction in CRC risk or mortality among women screened with sigmoidoscopy compared to those not screened.

According to the researchers, these results may have implications for future screening recommendations and trial design, where sex-stratified evaluations and sample size calculations should be considered.

The authors also believe that communicating absolute rather than relative risk reductions would be preferable when engaging in shared decision-making with patients.

In an accompanying editorial, Kristen Bibbins-Domingo, PhD, MD, MAS, from the University of California, San Francisco, and a former member and chair of the United States Preventative Services Task Force (USPSTF), notes that an explanation for the disparity in screening outcomes could be that men have an earlier peak incidence of CRC than women.

Thus, with one-time screening, the age at screening may be too early to capture most women who will develop cancer.

Dr. Bibbins-Domingo and her coauthor suggest that more research is needed to identify the best CRC screening strategy for women.