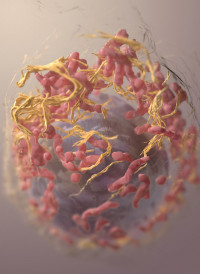 A combination of CMP-001, an intratumoral Toll-like receptor 9 (TLR9) agonist, and pembrolizumab, tested in patients with metastatic melanoma resistant to PD-1 checkpoint inhibition, was well tolerated and had clinical activity according to preliminary data presented from the ongoing phase Ib clinical trial at the AACR Annual Meeting 2018, April 14-18, in Chicago.

“Checkpoint inhibition is quickly becoming a key tool for oncologists to treat cancer,” said Mohammed Milhem, MBBS, clinical professor of internal medicine at the University of Iowa, Iowa City. “However, there are many patients that either initially respond to checkpoint inhibition and then progress, or never respond to this therapy to begin with. Finding safe and effective therapies for these patients is critical.”

While pembrolizumab is the standard of care for patients with metastatic melanoma, over 50 percent of these patients develop resistance, explained Milhem.

In an attempt to address this, Milhem and colleagues combined the TLR9 agonist CMP-001 with checkpoint inhibition.

Previous work has shown that tumours with an increase in interferon (IFN) gene expression are more responsive to PD-1 inhibition, explained Milhem.

“The strongest known inducer of IFN production is the TLR9 pathway, so we thought that adding a TLR9 activator to anti-PD-1therapy would elicit a response in patients who stopped or never responded to PD-1 inhibition,” he noted.

In this phase Ib clinical trial, Milhem and colleagues enrolled patients with advanced melanoma who had either not responded to or had progressed during prior anti-PD-1 therapy.

During the dose escalation phase, one dose-limiting toxicity occurred; no maximum tolerated dose (MTD) was identified.

Target lesions (both injected and not injected with CMP-001) were assessed via RECIST v1.1.

“To date, across both the dose escalation and expansion cohorts,15patients have responded,” Milhem said.

The objective response rate(ORR)is 22 percent. The ORR is 23 percent and 15 percent for patients on weekly and q3w treatment, respectively. Among the 15 patients who had responded, 11 remain on study; three of these patients have maintained their response beyond one year.

Three additional patients that continued study therapy beyond their initial progression had responded according to iRECIST criteria, Milhem said.

The median duration of response has not been reached.

“The abscopal effect observed in these patients is a hallmark of successful intratumoral immunotherapy treatment,” noted Milhem. “Based on these preliminary findings, the combination of CMP-001 and pembrolizumab appears to have a manageable safety profile and meaningful clinical activity,” said Milhem.

“Additional larger studies in this patient population will need to be conducted to further evaluate the clinical benefit, but if the current results are confirmed, it appears that this combination could offer a new treatment option for patients with advanced melanoma who are not responsive to pembrolizumab.”

This study is sponsored and managed by Checkmate Pharmaceuticals.

Milhem declares no conflict of interest.