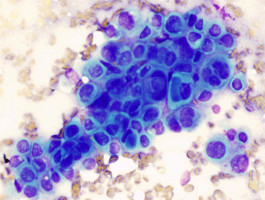 Results from a large, prospective, multi-center trial at the 2018 World Congress of Endoscopic Surgery jointly hosted by the Society of American Gastrointestinal and Endoscopic Surgeons (SAGES) and the Canadian Association of General Surgeons (CAGS), show improved rates of oesophageal cancer detection with the probe-based confocal endomicroscopy platform, Cellvizio®.

The presentation was entitled, “Real-Time Diagnosis of Barrett’s Esophagus: A Prospective, Multicenter Trial Comparing Confocal Laser Endomicroscopy with Conventional Histology for the Identification of Intestinal Metaplasia in Novice Users.”

The key results were as follows:

Sacha Loiseau, Ph.D., Founder and Chief Executive Officer of Mauna Kea Technologies added, “This large multi-center study confirms that endoscopists can more than double their detection rate of patients with intestinal metaplasia and dysplasia when using Cellvizio, with a short learning curve. This demonstrates once again not only the broad applicability of the technique in clinical practice but also its significance for patient care and cancer prevention.”

We are an independent charity and are not backed by a large company or society. We raise every penny ourselves to raise the standards of cancer through education. You can help us continue our work to address inequalities in cancer care by making a donation.