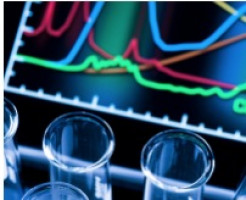 The decline in cancer of the intestines – colorectal cancer – is one of the major success stories of the past 30 years in Europe say researchers, as they predict that in 2018 death rates from the disease will continue to fall by around seven percent compared to 2012.

In a study published in the leading cancer journal Annals of Oncology today, researchers predict that death rates in the European Union (EU) for most cancers will continue to fall this year, compared to 2012.

The exceptions are cancers of the pancreas and lung in women, which will continue to rise.

Carlo La Vecchia (MD), Professor at the Faculty of Medicine, University of Milan (Italy), who led the research, says “Colorectal cancer is the most common cause of cancer death among non-smokers in both men and women. The fall in mortality that we are predicting for 2018, has been one of the major success stories in clinical oncology. This improvement in death rates in Europe comes in the absence of a single major breakthrough and is due to improved diagnosis and management of the disease.”

In their predictions for cancer deaths in the EU for 2018, Prof La Vecchia and his colleagues from Italy, Switzerland and the USA predict that colorectal cancer will account for the second highest number of deaths with 177,400 (98,000 in men, 79,400 in women) dying from the disease.

The researchers looked at cancer death rates in the EU 28 Member States as a whole and also in the six largest countries – France, Germany, Italy, Poland, Spain and the UK – for all cancers, and, individually, for stomach, intestines, pancreas, lung, breast, uterus (including cervix), ovary, prostate, bladder and leukaemias for men and women.

This is the eighth consecutive year the researchers have published these predictions.

Prof La Vecchia and his colleagues had collected data on deaths from the World Health Organization from 1970 to 2012.

Prof La Vecchia says “In the EU, deaths from colorectal cancer have been declining since 1993 in men, and over the whole period since 1970 in women. Factors that increase the risk of colorectal cancer include tobacco, alcohol, obesity, diabetes, a sedentary lifestyle and an unhealthy diet. However, in women the use of oral contraceptives and hormone replacement therapy may partly explain their decreased risk. In both men and women, the use of aspirin, mainly taken to prevent heart attacks and strokes, and effective screening are likely to have contributed to a decrease in the incidence of the disease. The availability of colonoscopy for investigating bleeding and other early symptoms has improved early diagnosis across Europe.”

The researchers predict that the number of people to die from any cancer in 2018 will be nearly 1.4 million, up from 1.3 million in 2012.

When they looked at the difference between the peak rate in 1988 and 2018, they found that the continued decline in cancer deaths over these 31 years, meant that nearly five million deaths from the disease had been avoided: 3.3 million in men and 1.6 million in women.

The researchers predict that 183,100 men and 94,500 women will die from the disease this year, which is about 20% of all deaths from cancer.

Predicted death rates from pancreatic cancer are also continuing to rise in women, whereas they have stabilised in men.

“In 2018, deaths from pancreatic cancer will be close to 90,000,” says Prof La Vecchia. “This is close to the figure for breast cancer, where there will be 92,000 deaths, and lower only to lung and colorectal cancers for both sexes.”

Smoking is a known risk factor for pancreatic cancer, and overweight, obesity and diabetes are also thought to play a role.

Co-author, Fabio Levi (MD), Emeritus Professor at the Faculty of Biology and Medicine, University of Lausanne, (Switzerland), said “In women, the overall pattern is characterised by continuous improvement in breast cancer due to better management and screening, and in ovarian cancer due to the use of oral contraceptives and better treatment, but an increase in the tobacco-related lung cancer epidemic.”

Editor-in-chief of Annals of Oncology, Professor Fabrice André, Professor in the Department of Medical Oncology, Institut Gustave Roussy, Villejuif, France, commented: “While this study suggests that improving cancer detection and quality of care translates into better outcome, it also reminds everyone that 1.4 million patients in Europe will die because of cancer in 2018 and that research efforts need to be amplified.”