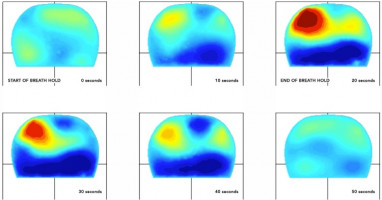 Neoadjuvant chemotherapy is used to treat some women with invasive, but operable, breast cancer.

The treatment is given for five to six months before surgery to eliminate active cancer cells.

Patients who achieve a complete response have a lower risk of cancer recurrence than those who do not; however, this occurs in fewer than half of women treated.

Knowing early on that a patient is not going to respond could allow changes in their treatment regime, thereby avoiding unnecessary side effects.

Chemotherapy drugs kill cancer cells, but they also affect the vasculature inside the tumour.

As blood is a strong absorber of light, the researchers designed a diffuse optical tomography (DOT) system that uses near-infrared light to visualize blood flow in the breasts and observe how the vasculature changes.

In a first pilot study reported in Radiology, the researchers used the dynamic DOT system to image patients with invasive breast cancer, before and two weeks into chemotherapy.

The system captured a series of 3D images of both breasts simultaneously, without requiring breast compression.

They recorded images during a breath hold of at least 15 seconds, which inhibited the backflow of blood through the veins but not the inflow through the arteries.

Additional images were captured after the breath was released, allowing blood to flow out of the veins in the breasts.

The researchers analysed images from 34 patients, and compared the imaging data with patient outcomes after five months of chemotherapy.

They found various blood flow parameters that could be used to distinguish between responders and non-responders.

"There is currently no method that can predict treatment outcome of chemotherapy early on in treatment, so this is a major advance," explained Andreas Hielscher, co-leader of the study. "This helps us distinguish malignant from healthy tissue and tells us how the tumour is responding to chemotherapy earlier than other imaging techniques can."

The researchers are currently refining and optimizing the imaging system and planning a larger, multicentre clinical trial.

They hope to commercialize their technology in the next three to five years.

"If we can confirm these results in the larger study that we are planning to begin soon, this imaging system may allow us to personalize breast cancer treatment and offer the treatment that is most likely to benefit individual patients," said Dawn Hershman, co-leader of the study.