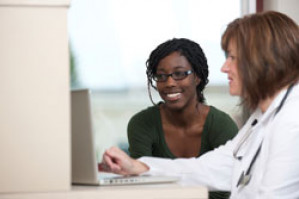 After treatment, young women diagnosed with breast cancer who carry a BRCA mutation have the same chances of survival as women without the mutation, according to a prospective cohort study published in The Lancet Oncology journal.

BRCA mutations occur in either the BRCA1 or BRCA2 gene, and are inherited.

The study recruited young women with breast cancer between 2000 and 2008, when BRCA testing and risk-reducing surgery were not routine for early breast cancer.

The paper looks at survival following treatment for the initial breast cancer diagnosed only, as previous evidence on whether carrying these types of mutation affects a woman’s cancer prognosis has been mixed.

Now, after first cancer diagnosis and treatment, women with early breast cancer and BRCA mutations are often offered risk-reducing surgery (such as a double mastectomy, or surgery to remove the ovaries and fallopian tubes) to help reduce the risk of new primary breast or ovarian cancers.

“Our study is the largest of its kind, and our findings suggest that younger women with breast cancer who have a BRCA mutation have similar survival to women who do not carry the mutation after receiving treatment,” says Professor Diana Eccles, University of Southampton and University Hospital Southampton NHS Foundation Trust, UK. “Women diagnosed with early breast cancer who carry a BRCA mutation are often offered double mastectomies soon after their diagnosis or chemotherapy treatment, however, our findings suggest that this surgery does not have to be immediately undertaken along with the other treatment. In the longer term, risk-reducing surgery should be discussed as an option for BRCA1 mutation carriers in particular, to minimise their future risk of developing a new breast or ovarian cancer. Decisions about timing of additional surgery to reduce future cancer risks should take into account patient prognosis after their first cancer, and their personal preferences.”

The study involved 127 hospitals across the UK and included 2733 women aged 18-40 years who had recently been diagnosed with breast cancer for the first time.

The women were recruited between January 2000 and January 2008, and their medical records were tracked for an average of 8.2 years to gain information about their diagnosis, treatment, whether their cancer came back, or if they died.

During this time, out of the 2733 women, there were 678 deaths, including 651 deaths from breast cancer, 18 from other cancers, and nine from other causes.

The study found that there was no difference in overall survival two, five or ten years after diagnosis for women with and without a BRCA mutation (after two years, survival was 97% for BRCA carriers vs 96.6% for non-carriers, after five years: 83.8% vs 85%, and after ten years: 73.4% vs 70.1%).

These findings remained similar regardless of whether mutations were in the BRCA1 or BRCA2 gene [3], and when controlled for body mass index and ethnicity.

In addition, a subgroup analysis of 558 women with triple-negative breast cancer – a difficult to treat form of breast cancer, where the cells do not have receptors for the hormones oestrogen or progesterone, or the HER2 protein – suggested that women with a BRCA mutation may initially have better overall survival than women not carrying the mutation (95% vs 91% at two years), but that survival was similar at five or ten years.

In a post-hoc analysis, the researchers found that the initial survival benefit was not caused by these women having early risk-reducing surgery, and reasons for this remain unclear and require confirmation.

In light of their findings, the authors suggest that women with triple-negative breast cancer and a BRCA mutation who choose to delay additional surgery for 1-2 years to recover from their initial treatment should be reassured that this is unlikely to affect their long-term survival.

However, risk-reducing surgery will still likely be beneficial for BRCA mutation carriers to prevent another new breast or ovarian cancer from developing in the longer term.

The authors note some limitations, including that treatment for women with BRCA mutations has changed substantially since the beginning of this trial in 2000, potentially increasing their survival over this time, which may affect the study results.

In addition, triple-negative breast cancer was not as well understood at the beginning of the trial so was not a primary outcome for the study, meaning that the increased early survival found in this group and its reasons will need further confirmation.

They also note that the results might not translate to older women with a BRCA mutation.

The study does not look at women who have a BRCA mutation, but who have not been diagnosed with cancer, or the impact of preventative double mastectomy or surgery to remove the ovaries and fallopian tubes on survival.

Writing in a linked Comment, Professor Peter Fasching, Friedrich-Alexander University Erlangen-Nuremberg, Germany, says “Understanding prognosis in young patients is important because patients with BRCA mutations are at increased risk of developing specific conditions, such as secondary cancers, including ovarian cancer, contralateral breast cancer, and de novo breast cancer in the same breast. These risks determine treatment, and knowing that BRCA1 or BRCA2 mutations do not result in a different prognosis might change the therapeutic approach for these risks… This important topic needs more prospective research as preventive surgical measures might have an effect on what might be a very long life after a diagnosis of breast cancer at a young age.”