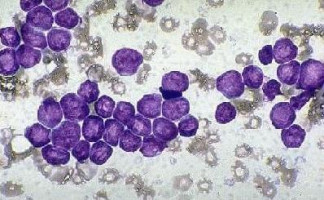 Cells retain molecular markers that at the beginning of their existence helped guide their development, like memories.

Cells that become cancerous may be making use of these early memories to power their ability to metastasise, newly published research reveals.

The research, appearing online today in Cell, provides strong evidence supporting this explanation of metastasis, which is the cause of most cancer deaths. It pertains specifically to cells involved in the most common form of pancreatic cancer, called pancreatic ductal adenocarcinoma or PDA.

To one of the lead investigators, Associate Professor Christopher Vakoc of Cold Spring Harbor Laboratory (CSHL), the team's evidence of cancer cells acquiring the ability to spread by "remembering" a developmental program dormant since their earliest days "means that every cell, in a sense, is like a loaded gun."

Experiments conducted by postdoctoral investigators Jae-Seok Roe and Chang-Il Hwang, respectively of the Vakoc and Tuveson labs at CSHL, sought to discover the still obscure mechanisms that enable cancer cells to become metastatic.

They focused on cells of the pancreas, since almost every case of pancreatic cancer culminates in metastasis - and, sadly, early death.

Only about 8% of patients are alive 5 years after diagnosis.

Although cancer is well understood to have genetic causes, the factors responsible for its ability to spread have eluded scientists.

The Vakoc team's new results make a case for metastasis to have epigenetic roots.

The team used pancreatic organoid technology developed in the lab of Professor David Tuveson, Director of CSHL's Cancer Center and Director of Research for the Lustgarten Foundation.

"Importantly, we were therefore comparing 'apples to apples,' which is so critical in trying to understand how cancer works," says Dr. Hwang.

"Formation of a tumour is driven by genetic events," says Dr. Roe, "but its ability to spread may not involve direct changes in the DNA sequence."

This was borne out in their analysis of the pancreatic organoids.

Compared with cells in non-cancerous and tumor-derived organoids, those in metastatic ones displayed an extraordinary number of alterations in regions called enhancers.

These genome elements are present in all cells, and normally are used by cells to turn on genes.

"We show that to metastasise, the cell has to change, in effect, its whole telecommunications network - its enhancers are being reprogrammed," Vakoc says.

The team tracked down the molecular agent whose increased activity causes the reprogramming. Called FOXA1, it is typically active early in a cell's life, but dormant later on.

In cancer, the new research indicates, FOXA1 activity enables a cell to return to a developmentally primitive state - one in which the pancreas is being formed, and cells are multiplying and moving around, assuming the positions that characterise the maturing organ.

"What cells in pancreatic metastases are doing is remembering what it was like to be an embryo," Vakoc says. FOXA1 activation, inducing enhancer reprogramming that endows a cancer cell with metastatic properties, is an epigenetic mechanism, as opposed to a genetic one, that explains at least one mechanism of metastasis in this form of pancreatic cancer, and likely, other cancer types as well.

"It seems quite plausible from our results that reprogramming of enhancers enables cancer cells, generally, to achieve metastatic competence," Vakoc says.