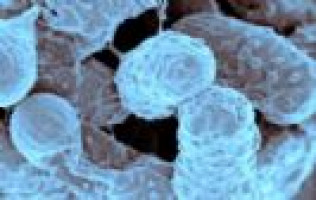 The blend of bacteria in the digestive tract of metastatic melanoma patients is associated with disease progression or delay in patients treated with immunotherapy, researchers at The University of Texas MD Anderson Cancer Center report at the 2017 annual meeting of the American Society of Clinical Oncology.

Their study of faecal samples from 105 patients treated with immune checkpoint blockade indicates that certain characteristics of patients’ microbiomes correlate with slower disease progression while other qualities are associated with rapid worsening of the disease.

“Greater diversity of bacteria in the gut microbiome is associated with both a higher response rate to treatment and longer progression-free survival,” said study leader Jennifer Wargo, M.D., associate professor of Surgical Oncology at MD Anderson.

Dr Wargo met with ecancer at AACR earlier this year to discuss the role of the microbiome in treatment susceptibility and resistance.

Wargo and colleagues also found that an abundance of specific bacteria also is associated with higher response rate and longer progression-free survival.

“The microbiome appears to shape a patient’s response to cancer immunotherapy, which opens potential pathways to use it to assess a patient’s fitness for immunotherapy and to manipulate it to improve treatment,” said Wargo, who is also co-leader of the Melanoma Moon Shot™, part of MD Anderson’s Moon Shots Program™ to reduce cancer deaths by accelerating development of therapies from scientific discoveries.

In collaboration with the Parker Institute for Cancer Immunotherapy (PICI), Wargo’s team is developing the first immunotherapy-microbiome clinical trial, with a goal of launching it later this year.

Researchers have found in recent years that single-celled organisms and viruses harboured in the human body outnumber the body’s own cells.

This microbiome plays a role in many regular functions, including the initial priming of the immune system and then its normal operation.

Patients in the study were treated with immune checkpoint inhibitors that block the activation of PD1, a protein on immune system T cells that halts immune response.

The drugs’ effect is to free the immune system to attack tumours.

The team found that patients with more varied types of bacteria in their digestive tract had longer median progression-free survival, defined at the time point where half of studied patients have their disease progress.

An abundance of Bacteroidales was associated with more rapid disease progression, with patients at high abundance having median PFS of 188 days, while those with lower levels of the bacterium had median PFS of 393 days.

Research has shown that a persons’ microbiome can be altered by diet, exercise, antibiotic use or, more recently, through transplantation of faecal material.

Wargo cautions that there is much to understand about the relationship between the microbiome and cancer treatment and urges people not to attempt self-medication with probiotics and other methods.

As they develop human clinical trials, Wargo and colleagues also are conducting lab and mouse model research to better understand the mechanisms that connect bacteria and the immune system.

This will include a project funded by Stand Up to Cancer that involves faecal transplants from patients who responded to therapy and from non-responders into germ-free mice providing favourable and unfavourable microbiomes to study in detail.

The team conducted 16S rRNA sequencing, an analysis of the presence of 16S ribosomal RNA used to identify bacteria, to determine microbiome composition from fecal samples.

Whole genome sequencing and immune monitoring were conducted on the tumours after treatment and in some tumours before treatment.

The immune profiling showed that responders to anti-PD1 treatment had significantly increased immune infiltrates in their tumours, including the presence of CD8 killer T cells, correlated to the abundance of a specific bacterium.