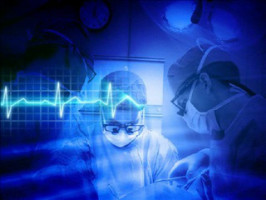 A common complication in people with metastatic cancer, spinal cord compression is a major detriment to quality of life.

Radiation treatment is widely used to relieve pain and other symptoms, but there is no standard recommended schedule, and approaches currently vary.

Findings from a phase III clinical trial show that a single radiation treatment is as effective as a full week of radiation.

The study will be featured in a press briefing today and presented at the 2017 American Society of Clinical Oncology (ASCO) Annual Meeting.

When cancer spreads to the bones, it most commonly affects the spine.

Tumours in the spine can put pressure on the spinal canal, causing back pain, numbness, tingling, and difficulty walking.

Many patients with advanced solid tumours develop bone metastases, and up to 10% of all patients with cancer will have metastatic spinal cord compression.

The researchers randomly assigned patients to receive external beam spinal canal radiation therapy either as a single dose of 8 Gy or as 20 Gy split in five doses over five days.

The primary endpoint of the study was ambulatory status, measured on a four-point scale:

At study entry, 66% of patients had ambulatory status 1 to 2.

At eight weeks, 69.5% of patients who received single-dose radiation therapy and 73.3% of those who received five doses had ambulatory status 1 to 2, showing that both shorter- and longer-course radiation treatments helped patients stay mobile.

The median overall survival was similar in the two groups – 12.4 weeks with single dose vs. 13.7 weeks with five doses (the difference was not statistically significant).

“Longer radiation may be more effective for preventing regrowth of metastases in the spine than single-dose radiation. Therefore, a longer course of radiation may still be better for patients with a longer life expectancy, but we need more research to confirm this,” said Prof. Hoskin.

Patients with metastatic breast cancer were under-represented in this clinical trial, as were younger patients.

For certain patients with spinal cord compression, surgery instead of or in addition to radiation therapy may be recommended.