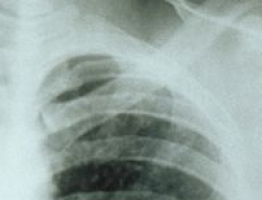 Malignant pleural mesothelioma or MPM is a rare cancer, but its incidence has been rising.

This cancer is usually associated with asbestos exposure, and patients have a median life expectancy of only 13-15 months.

All patients relapse despite initial chemotherapy, more than 50% of them within six months after stopping treatment.

There are currently no effective therapeutic options for patients with MPM.

Early findings from an ongoing phase II clinical trial in France, MAPS-2, show that immunotherapy may slow the growth of MPM after relapse.

“Our findings suggest that immunotherapy may provide new hope to patients with relapsed mesothelioma,” said lead study author Arnaud Scherpereel, MD, PhD, head of the Pulmonary and Thoracic Oncology Department at the University Hospital (CHU) of Lille in Lille, France. “This randomised phase II trial may be enough to support the use of immune checkpoint inhibitors in this setting, but it is too early to conclude whether nivolumab alone or the combination of nivolumab and ipilimumab is better.”

This multi-center clinical trial enrolled 125 patients with advanced MPM who had received up to two prior treatments, including standard platinum-based chemotherapy.

The majority of patients (80%) were male, and the median age was 72 years.

The patients were randomly assigned to treatment with nivolumab alone or nivolumab with ipilimumab until the cancer worsened; 70% of patients received at least 3 cycles of either treatment.

The authors report results from the first 108 patients treated on the study.

Mature quality-of-life data are not yet available.

The side effects were rather mild overall with the most common being thyroid problems, colon inflammation, and skin rash.

Severe side effects were more common in the nivolumab plus ipilimumab group (18% vs. 10%), in which three treatment-related deaths occurred.

With 125 patients, MAPS-2 is the largest clinical trial of immune checkpoint inhibitors in mesothelioma to date, according to the authors.

Many ongoing clinical trials are exploring nivolumab and other immune checkpoint inhibitors as second- or third-line treatments for MPM.