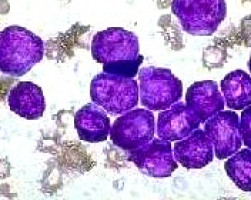 Researchers from the transformation and metastasis group of the Bellvitge Biomedical Research Institute (IDIBELL), led by Dr. Eva González-Suárez, have been able to recreate and characterise the process of acquisition of resistance to chemotherapy in orthotopic animal models of breast cancer, unveiling the possibility of reversing this resistance after a period of rest from the treatment.

Basic and clinical researchers from IDIBELL and other centers such as VHIO, IDIBAPS and IRB Barcelona have collaborated in the paper, published by Stem Cell Reports.

Taxane chemotherapy is one of the most common therapeutic options in breast cancer; however, its effectiveness usually decreases progressively until it reaches a point where the treatment must be modified.

Working in animal models, the researchers observed that breast tumours that do not express hormone receptors - called triple negatives -- are more sensitive to taxane chemotherapy than luminal tumours, which are generally more resistant.

As seen in clinical practice, after multiple rounds of treatment, triple negative tumours acquired resistance to the drug; this resistance, once present, remained even if the treatment was not supplied.

"However, when we kept these models for long periods in absence of the drug, we saw that sensitivity was restored," says Dr. Eva González-Suárez, last author of the study. It is a process known as "drug holidays", that is, sensitive tumours that have developed resistance are able to partially reverse this process after a long period not being in contact with the drug.

Based on these results, the main hypothesis researchers are working with is the existence of different cellular populations in the tumour, some more sensitive and some more resistant, whose balance can be modified based on the presence or absence of treatment and its duration.

In fact, results show that resistance to taxanes in triple negative tumours is associated with the dynamics of a CD49f cell population, which has a greater capacity for tumour initiation and can therefore lead to relapses after chemotherapy.

"We wanted to know if those resistant tumour cells that we see in greater proportion in resistant tumours (CD49f ) have appeared de novo or by selection of cell populations", explains Dr. González-Suárez.

To do so, they treated sensitive tumours with taxanes and found that these resistant cells already existed in the tumours and their proportion to the sensitive cells increased in the residual disease precisely because of its chemoresistance capacity.

"The results suggest that the CD49f population is associated with resistance to docetaxel in most of triple negative tumours, which is notorious considering the great heterogeneity of this subtype", adds the IDIBELL researcher.

In cancer patients, once resistance develops one treatment is switched to another, so it is not known whether this drug holiday period would work.

"Given that breast cancer relapses happen after a long time - about 10-20 years in luminal tumours and 3-5 in the triple negative ones-, perhaps this time window would be enough to return to taxane therapies even when the patient had previously developed resistance to them, especially considering that these therapies are the only treatments currently available for this disease", says the doctor.

"It's not an easy process, and efficiency is very low," says Eva Gonzalez-Suarez. "However, unlike other studies, performed on cell lines or patient samples that are very difficult to obtain, working with PDX models allows for enough paired samples that are sensitive and resistant to a particular drug."

These sensitive / resistant paired models have led to the identification, in collaboration with the group of Dr. Aleix Prat in IDIBAPS, of a genetic signature associated with resistance in triple negative disease, that is, in those tumours that do not disappear after treatment with chemotherapy.

"This signature can help us predict whether patients will respond to chemotherapy or not in a personalised way," concludes Gonzalez-Suarez.