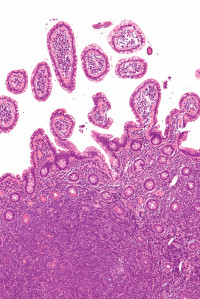 Liver cancers are a major cause of cancer-related deaths.

Large-scale genetic analyses have associated liver cancer with dysregulation of numerous molecular pathways, but disruptions in insulin signalling pathways appear to have a particularly important contribution to liver tumour formation.

Obesity is a major risk factor for developing liver cancer, and the nuclear receptor PPARγ critically controls fat uptake and storage in the liver by regulating the transcription of metabolism-associated genes.

However, whether PPARγ also plays a role in promoting the growth of liver tumours is not clear.

This week in the JCI, research led by Ganna Panasyuk at INSERM examined the link between PPARγ and liver tumour formation.

The findings identify a metabolic pathway with pro-tumour effects that can be suppressed by selectively blocking PPARγ.

In a mouse model, they determined that loss of HNF1α led to abnormal increases in PPARγ expression that in turn led to increased tumourigenesis.

Pharmacological activation of PPARγ in a mouse model of liver cancer exacerbated tumour formation; in contrast, treatment with a PPARγ inhibitor had positive therapeutic effects.

Taken together, these findings demonstrate a role for PPARγ in the metabolic pathway disturbances that promote liver tumourigenesis and reveal that PPARγ is a potential target for anti-tumour therapies to treat liver cancers.