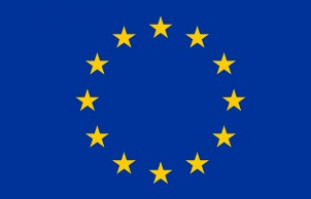 Cancer treatments are not being trialled in children because of outdated European regulations which are in urgent need of reform, say cancer experts.

They are urging European officials to reform the rules on clinical trials in children now or risk cementing the current outdated approach for years to come.

The experts also insisted it was vital that new reformed rules were applied across Europe so children in the UK do not lose out after leaving the EU.

Otherwise there is a risk that children here could be denied access to European trials and suffer even greater delays in access to the latest cancer treatments.

The Institute of Cancer Research, London, and The Royal Marsden NHS Foundation Trust set out their concerns in their response to a European Commission consultation on the future of the EU Paediatric Regulation.

Children’s cancer researchers and doctors warned that nowhere near enough cancer medicines are being trialled in children or licensed for paediatric use.

European regulations currently allow drug companies to opt out of running clinical trials of new cancer drugs in children even where there is good evidence that the drugs could be beneficial.

And once the UK has left the EU, children with cancer in this country may no longer have access to existing cancer trials.

If the UK leaves the European Medicines Agency (EMA) as proposed, children could also wait years longer for drugs to be licensed for use.

The potential impact of Brexit was discussed further in the latest ecancermedicalscience editorial, which you can read here.

A new analysis by The Institute of Cancer Research (ICR) of EMA data shows that over the last five years (2012-2016) pharmaceutical companies were granted waivers from having to trial cancer drugs in children for 33 of 53 cancer treatments (62 per cent), which were ultimately approved.

The EU Paediatric Regulation was introduced in 2007 with the aim of improving children’s access to new treatments.

But it allows companies to apply for a waiver from having to trial a cancer drug in children if it targets a cancer that does not affect children, such as lung cancer – even if the drug’s mechanism of action means it could be effective for them.

For example, in the past five years the drugs axitinib and obinutuzumab have received waivers by regulators despite having a mechanism of action that is potentially relevant to children’s cancers.

It could also have a role in rhabdomyosarcoma and high-grade glioma.

Obinutuzumab may be relevant for lymphoma.

The ICR and The Royal Marsden are calling on the European Commission to revise the waiver system so that adult cancer drugs have to be tested in children whenever there is evidence that they could be effective.

The organisations believe the consultation could be the best opportunity for years to urgently deliver the reform needed to give children with cancer the greatest possible chance of survival.

The ICR and its researchers have been campaigning for change in the system governing children’s medicines for five years and been consistently told to wait for this consultation.

There is a real risk that the regulation will not be reviewed again for years to come.

Alongside a series of further recommendations, the ICR and The Royal Marsden are calling for a lower age limit for adult trials so researchers can include adolescents where clinically appropriate.

The experts also believe we need more flexible age limits for paediatric trials so researchers can include young adults who have paediatric-type cancers.

And they believe stronger economic incentives are required to compensate drug manufacturers for the financial challenge of developing treatments for children, in whom cancers are much rarer than in adults.

Professor Louis Chesler, Team Leader in Paediatric Solid Tumour Therapeutics at The Institute of Cancer Research, London, and Consultant in Paediatric Oncology at The Royal Marsden NHS Foundation Trust, said “This regulation was introduced to improve children’s access to the newest medicines but it's not fit for purpose. By allowing pharmaceutical companies to use waivers to avoid trials in children so they can focus on adult treatments, the regulation is stifling progress and could be stopping children receiving a treatment that could save their lives.”

Professor Paul Workman, Chief Executive of The Institute of Cancer Research, London, said “Children with cancer are currently missing out on the kind of innovative cancer treatments that are becoming increasingly common in adults because of outdated European rules that have failed to keep up with advances in science. We’ve been urging decision makers to change the regulation for several years now, so that adult cancer drugs are tested in children whenever their mechanism of action suggests they could be effective.

“This is a real chance for reform to prevent the current out-of-date approach from being cemented for a decade. It could also be the last chance to make meaningful changes that apply across Europe, including the UK, before we leave the EU. It’s vital that whatever deal the UK does preserves access to Europe-wide clinical trials for children with cancer, and avoids creating even longer delays in children accessing the latest cancer medicines.”