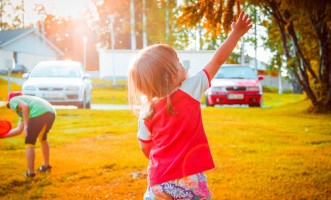 Brain tumours are the leading cause of cancer-related death in children and young adults.

A major challenge to improving this outcome, is developing effective treatments that can cross the protective ‘blood brain barrier’ to directly target tumours in the brain.

A new international consortium has been launched in Brussels this week to bring together world-leading experts to take on this challenge, by exploring the use of novel drug delivery systems to physically bypass the blood brain barrier.

The Children’s Brain Tumour Drug Delivery Consortium, led by Professor David Walker at The University of Nottingham, is a two-year initiative funded with a £194,000 grant from the national charity Children with Cancer UK.

David Walker, Professor of Paediatric Oncology and Co-Director of the University’s Children’s Brain Tumour Research Centre, said “This consortium was born from a strong need for sharing knowledge and expertise within the area of childhood brain tumour drug delivery, in order to make significant headway in this challenging area.

“This will be the first time that there has ever been global coordination of a paediatric brain tumour drug delivery consortium, offering unrivalled opportunities for open dialogue and sharing of resources, which in turn will accelerate translational research in this area.”

The Children’s Brain Tumour Research Centre at The University of Nottingham was established in 1997 in a bid to drive forward new developments in paediatric brain tumour research.

Its world-leading academics have played a leading role in calling for an increase in funding for brain tumours, successfully lobbied for a reduction in red tape hampering clinical trials in brain tumours in Europe and initiated the Brain Pathways project, which developed the clinical referral guidance for children with symptoms and signs of brain tumour, now endorsed by NHS Evidence and the focus of an awareness campaign, called HeadSmart Be Brain Tumour Aware.

Members of the consortium’s steering group have met for the first time in Brussels this week before attending the ACCELERATE Paediatric Oncology Conference 2017.

Here, members aimed to raise awareness of the new initiative among the international children’s cancer community.

The Consortium will organise and host discussions of an international, multi-disciplinary network of clinicians and researchers committed to developing drug delivery systems to enable effective treatment of children with brain tumours.

Through raising awareness and sharing expertise with a range of stakeholders, it will be uniquely placed to strengthen collaborative developments in the field of drug delivery.

The consortium’s network of experts, initially from eight institutions across North America and Europe, will promote a more joined up approach to assessing whether innovative new drug delivery methods, and those that have been successfully used to treat other types of cancer, could become a new avenue for tackling childhood brain tumours.

This includes Intra-CSF therapy, an intrathecal drug delivery system that injects chemotherapy drugs directly into the spinal fluid or brain, and interstitial therapy, for example the implantation of drug-loaded wafers into the cavity that is exposed during surgery to remove a tumour.

The consortium will also highlight the importance of the field to funders, industry and regulators, while working closely with patient and carer charities and not-for-profits to ensure the priorities and perspectives of patients are strongly represented.

Mark Hooley, Head of Communications at Children with Cancer UK said “We are pleased to be supporting the early first phase of this truly international Consortium.

“It is a fantastic continuation from our Drug Delivery Workshop held last year. The Consortium ensures that this important problem remains at the forefront of scientific and clinical priorities. Through international collaboration we hope they can accelerate the progress in developing better treatments for children with brain tumours.

“Thanks to our supporters we can continue to fund vital initiatives like this and ultimately lead to safer and more effective treatment for children with brain tumours.”