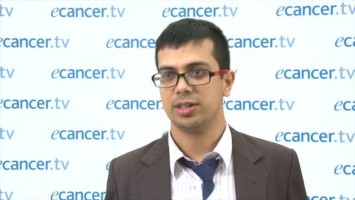 For the first time, my passion to write the blogs dwindled. Not because there isn’t any oncology news in January. There's been plenty. In fact, so many things are happening in oncology that I am writing two blogs for January; this blog focuses on topics related to genito-urinary cancer only, and the other one focuses on the other cancers. This drop in my passion is due to strange things happening in the U.S. lately that are affecting us all globally one way or the other. My first thought was not to write a blog at all. Who cares about some biases in a trial when human values are at stake?

But then, unlike immigration, no president can put a ban on cancers and patients continue to require good treatment, physicians continue to require good judgement. We doctors have always been great at living multidimensional lives: we are clinicians, researchers, parents, friends, as well as politically conscious and socially responsible citizens-all at the same time. So, I decided that we should not stop our pursuit of science and medicine while continuing to stand for equality and protest against racism. Until science stays strong, truth-seeking remains a virtue and until truth-seeking is considered a virtue, all hopes are not lost. At least, that’s what I believe.

Real World Evidence (RWE) has gained a big importance lately, primarily because the 21st Century Cures Act in U.S. proposes that FDA consider RWE in making decisions. However, RWE is fraught with many limitations and conclusions derived from RWE are prone to many fallacies. Although there are statistical tools to control for the lack of prospective randomization in RWE versus clinical trials, statistics alone cannot control for lack of randomization. Some unknown bias can always creep in, no matter how well we control for all confounders or how robust methods we employ. Hence, the need for clinical trials.

A fantastic example of these problems is apparent in two recent studies. These two studies attempt to answer the same question: does androgen deprivation therapy in men with prostate cancer increase the risk of dementia? This is an important question that the medical and patient communities wish to have an answer to. These two studies are published in two top oncology journals: one in JCO and the other in JAMA Oncology. However, the conclusions of these studies are completely opposite. While the JCO paper concluded that the use of ADT was not associated with increased risk of dementia, the JAMA Oncology paper concluded that the use of ADT indeed does increase the risk. So, which paper should we believe in? Does or does not ADT lead to increased risk of dementia?

Frankly, I don’t know. Both are well conducted robust studies. I personally think the JCO paper is more reliable than the JAMA Oncology paper because of stronger methodology including larger number of patients, larger number of patients who developed dementia, lagging the ADT exposure by 1 year, and not being a single institution study. However, the take-home from these two studies is not whether ADT increases the risk of dementia but that RWE has some real problems. Does that mean RWE doesn’t have any place in modern medical research? No, it does. There are many scenarios such as outcomes research, intervention uptake etc. that can be answered only by RWE. In fact, I am working on a paper about the utilities of RWE. But can RWE be recommended for drug or device approval? No, not at all! Evidence from well-conducted RCTs is the least our patients deserve. Exposing patients to an intervention whose benefits and harms are unclear is wrong and violates the Hippocratic principle.

I have discussed many times PSA testing and its implications for patients with prostate cancer, for example here. PSA testing is yet to show that it improves overall mortality but can lead to harms due to false positives. One such harm is the need to undergo unnecessary prostate biopsy. Sadly, even the biopsy misses some prostate cancers. This study (real world evidence!) among more than 64000 patients found that those patients who test negative on initial prostate biopsy are more likely to die from other causes rather than prostate cancer and hence, conclude that such patients who test negative on initial transrectal USG-guided biopsy don’t need to undergo further diagnostic assessments. This means that if you decided to undertake the PSA test and found your PSA high, you need to undergo biopsy. If this biopsy is negative, stay happy and sleep well. This message is important because I have seen many patients who test negative on biopsy undergo series of other diagnostic assessments as the biopsy could have been falsely negative. It seems amazing to me that we are so bent on proving that the patient has cancer: when we find high PSA, we consider that to be indicative of cancer (versus false positive) but when we find the biopsy negative, we consider it to be falsely negative.


PROMISE to PROTECT our PROSTATES

Some excellent studies on early PSA-detected prostate cancer have come from the United Kingdom: the first was PROTECT, and now the PROMISE. PROTECT showed that for early PSA-detected prostate cancer, prostate cancer specific deaths are low and both cancer-specific survival and overall survival don’t differ regardless of whether you choose to undergo surgery, radiotherapy or active surveillance. We also discussed a study which showed that if transrectal ultrasound guided prostate biopsy is negative after high PSA, you can sleep well because you’d probably not die of prostate cancer. But here is an RCT called PROMISE that shows promise for using MRI instead of the painful biopsy because “Using MP-MRI to triage men might allow 27% of patients to avoid a primary biopsy and diagnosis of 5% fewer clinically insignificant cancers”. While this study is important, this looks more like a strategy for damage control due to unreliable PSA testing.

Who failed in this trial: Drug, physicians or patients?

Lately, we are seeing trials in some cancers where immunotherapy, contrary to expectations, has failed. Ipilimumab 10mg/kg every 3 weeks for four doses followed by the same dose every 3 months as maintenance therapy was tested in asymptomatic or minimally symptomatic chemotherapy naïve patients with metastatic castration resistant prostate cancer (mCRPC) against placebo! I am already uncomfortable with the control arm. Ipilimumab induction plus maintenance compared against placebo induction/ placebo maintenance. The primary endpoint was appropriately overall survival (OS). Now the results: ipilimumab failed to improve OS. The hazard ratio was in fact more than 1, although not significant. So, when a therapy fails to improve survival versus placebo, what should be our conclusion? Wait, let’s add one more piece of data: “Nine (2%) deaths occurred in the ipilimumab arm due to treatment-related AEs; no deaths occurred in the placebo arm. Immunerelated grade 3 to 4 AEs occurred in 31% and 2% of patients, respectively.” All these toxicities without improving survival versus placebo! One more piece of data: in one previous phase 3 RCT among mCRPC patients who progressed on docetaxel, ipilimumab had already failed to improve survival (primary end point) versus placebo again. Based on all these evidences, what do you think should be the conclusion? The authors conclude this way:

“Two large randomized trials have now conclusively demonstrated that treatment with ipilimumab does not extend OS in unselected populations of patients with mCRPC but does result in measurable antitumor activity. Future work should be directed at determining how to harness such antitumor activity, potentially through identification of biomarkers that may enable prediction of benefit from treatment with ipilimumab. Based on current evidence, a potential role for newer immune checkpoint inhibitors, such as nivolumab and pembrolizumab, and other immunostimulatory strategies, either as single agents or in combination therapy, remains to be defined in patients with mCRPC.”

This seems to be a trend now: whenever your study fails, blame it on lack of biomarkers! Is it OK to keep investigating ipilimumab on prostate cancer patients in hope of some subgroup benefiting when two phase RCTs have consistently shown that there is no improvement in outcomes but increased risk of adverse events in the overall population? Is there such a thing as too much optimism?

It is also interesting to note that the previous RCT had also concluded its abstract this way:

“Although there was no significant difference between the ipilimumab group and the placebo group in terms of overall survival in the primary analysis, there were signs of activity with the drug that warrant further investigation”.

It hasn’t been a very good month for GU oncology. We saw the failure of immunotherapy as well as precision medicine. Metastatic bladder cancer is an area of high unmet need. After first line platinum based chemotherapy, many patients relapse and there is just one drug (vinflunine) with some activity in 2nd line. So this trial tested if providing maintenance therapy with lapatinib after first line chemotherapy provided any meaningful benefit to patients compared with placebo. Because HER1, HER2 are involved in progression of bladder tumor, lapatinib that targets HER1, HER2 was a logical choice. Again, the bar for success was quite low because the control is placebo and the primary endpoint is PFS. For a maintenance therapy, improving PFS versus placebo is a very low bar. However, lapatinib failed to achieve even this low bar. Clearly, there is more to cancer medicine than matching the name of a drug to the name of a receptor/mutation.

If some physicians or patients are still confused about whether or not to use adjuvant sunitinib after resection of high-risk renal cell cancer, here are three papers I recommend reading. One is a meta-analysis of two adjuvant trials in this setting, the other is a commentary by Dr. Bex and the third is the latest guidelines published by the European Association of Urology.

Bishal Gyawali (MD) is an independent blogger. He is undergoing his postgraduate training in medical oncology at the Graduate School of Medicine, Nagoya University, Japan, where he is also a PhD candidate under the Japanese government scholarship. He also serves as visiting faculty at the department of Hemato-Oncology in Nobel Hospital, Kathamandu, Nepal. He graduated in medicine from Institute of Medicine, Tribhuwan University, Nepal in 2011 with seven gold medals for his academic excellence. He has been honoured with “Student of the Decade award” and “Best Student Award” for his academic excellence in Nepal. His areas of interest include evidence-based oncology practice, cost-effectiveness of cancer therapies and economic feasibility of cancer management in low-income countries. Dr Gyawali tweets at @oncology_bg. Dr Gyawali is an independent blogger and his views are not representative of ecancer.