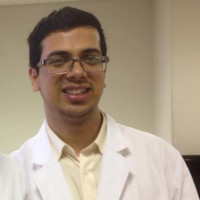 
This blog provides a summary of the important immuno-oncology studies from the month of November. For a commentary on other studies, please click here.


IMPRINT this trial in your mind
I have met a number of people who argue against randomised controlled trials (RCTs) because the treatment arm (in their opinions) is always better than control cohorts. I have seen patients get angry when randomised to control arms. I have seen people withdraw consent. I have seen people travel long-distance to get enrolled in a trial because they want to get the new investigational agent. I have also seen some colleagues argue that having COIs with industries is a positive thing because it brings one access to trials, and one's patients get earlier access to these new drugs (as if only those patients that one personally treats matter).

Well, we all should imprint this trial in our minds: the IMPRINT study. This study tested whether the addition of an immune vaccine improved overall survival (OS) over sunitinib alone as a first line treatment of advanced renal cell cancer.  It didn’t. Not only did it not improve OS, it harmed the patients. The HR for OS is 1.34, meaning 34% increased risk of death. This has a p-value of 0.087. I am pretty sure if the HR were less than 1, the paper would have concluded that the treatment “tended to improve survival” with this P-value.

However, now that the HR is more than 1, they don’t conclude that the addition of the vaccine “tended to increase the mortality”. They rather conclude “The magnitude of immune responses needs to be improved before further development of IMA901 in this disease is indicated.” What does this sentence even mean?

All I inferred from this was that the treatment was toxic, it didn’t improve survival and there is a good chance that it would kill you earlier than if you had never taken the drug.

Nevertheless, this study should now form the basis of our patient education that not all hypes turn into reality, and participating in clinical trials is a good idea, irrespective of which arm you get randomised to. Having said that, I have also seen some ridiculous trials where the control arms purposefully receive low-quality treatment in order to show the experimental arm as doing better. How such studies pass the ethics boards is my biggest question in these cases.


Immune checkpoint inhibitor fails
Yes, the title is right. We are back to reality.

Ipilimumab immunotherapy failed to improve survival in extensive disease-small cell lung cancer. This is a very lethal cancer with very poor survival. Any new treatment would have been welcome, and immunotherapy was a hopeful option because of its good performance across many cancers. But the drug failed to improve any outcome in this trial.

The sobering fact these trials teach us is that it’s always prudent to wait before hyping small benefits and spreading false hopes. It’s also always prudent to stay honest and real, and keep exploring all possible avenues instead of focusing all the resources on a single strategy such as “immunotherapy” or “precision medicine”.

It also definitely tells us that we should focus on ways to improve outcomes in cancer patients, rather than arguing who coined the term “cancer moonshot”.  When public health keeps getting ignored, when cancer remains a killer, when more than 90% of cancer patients globally can’t afford cancer treatment, who owns the term “cancer moonshot” is immaterial. Forget the moon; let’s get back to blood and flesh reality on the ground.

I’d rather support a “cancer groundshot” that focuses on smoking and obesity reduction campaigns, promotes exercise and healthy diet, and encourages research that can be immediately applied to every global community. “Cancer groundshot” is the term. Please feel free to use it.


Guess the results
Now let’s read this paper on the use of combination immunotherapy in melanoma - but let's read it from the bottom up!

First, let’s read the conclusion: “the results of this analysis suggest that the combination of first-line nivolumab plus ipilimumab might lead to improved outcomes compared with first-line ipilimumab alone in patients with advanced melanoma. The results suggest encouraging survival outcomes with immunotherapy in this population of patients.”

Now, let’s read the results: “median overall survival had not been reached in either group (hazard ratio 0·74, 95% CI 0·43–1·26; p=0·26)” And you know what? This combination - probably the most expensive of all cancer treatment regimens till date - is already approved for this indication. It was approved without having any evidence that this combination improves survival versus ipilimumab or nivolumab as single agent, or versus these two agents given sequentially.


The lethal combination
I really can’t understand why any physician or patient would like to recommend or undergo combined nivolumab plus ipilimumab therapy for metastatic melanoma, instead of using them sequentially. There is no evidence that this combination improves survival versus any of these drugs alone. There is also no evidence that this combination improves any outcomes (even PFS) versus these two drugs used in sequence.

On the other hand, we do have evidence that this combination significantly increases the toxicities compared to either agent alone. A recently published report in NEJM also demonstrates two cases of patients who succumbed to fulminant myocarditis as a toxicity of this combination therapy.

Oncologists should be aware of this fatal, rapidly progressive myocarditis that usually appears within first 3 weeks of initiation of immunotherapy. The incidence overall seems low at 0.09% but it is significantly higher (p< 0.001) with combination therapy (0.27%) versus nivolumab alone (0.06%) with a fatality of 10% (1/10) for nivolumab alone versus 63% (5/8) for combination. It would be prudent not to use combination therapy at the moment without having any survival data, and to perform baseline and weekly ECG and troponin levels assessment in case you do decide to go with this combination.

Hyperprogressive disease with superexpensive therapies
I don’t flow with the tide and overhype results but I, too, love immunooncology. This is a new and exciting field. And as exciting it is, it is equally challenging. Because this is a different class of drugs altogether, we are yet to learn and get used to these drugs. A new challenge to add in the list is hyperprogressive disease (HPD), as this report suggests.

In a single institution experience, the researchers found HPD in 9% patients on anti PD-1/PD-L1 therapies. HPD was defined as having a tumor growth rate of more than double after the initiation of therapy compared with baseline rate. Although this report is important because it cautions us against a possible new challenge with anti PD-1/PD-L1 drugs, nothing definite should be concluded from this study, because there is no control group and we don’t know if such HPD could be seen in other patients not on the therapy.

In this otherwise important cautionary paper, I was sad to see a long list of statistical comparisons with p-values for each. I felt sadder when I read the unfounded conclusions, such as the suggestion that HPD is associated with higher age or poor OS, based on these multiple tests in a very small number of patients. I also noted that there are only 12 patients in this study who were identified as having an HPD, but there are 12 p-tests in table 1 alone and 9 p-tests in table 2.

Bishal Gyawali (MD) is an independent blogger. He is undergoing his postgraduate training in medical oncology at the Graduate School of Medicine, Nagoya University, Japan, where he is also a PhD candidate under the Japanese government scholarship. He also serves as visiting faculty at the department of Hemato-Oncology in Nobel Hospital, Kathamandu, Nepal. He graduated in medicine from Institute of Medicine, Tribhuwan University, Nepal in 2011 with seven gold medals for his academic excellence. He has been honoured with “Student of the Decade award” and “Best Student Award” for his academic excellence in Nepal. His areas of interest include evidence-based oncology practice, cost-effectiveness of cancer therapies and economic feasibility of cancer management in low-income countries. Dr Gyawali tweets at @oncology_bg. Dr Gyawali is an independent blogger and his views are not representative of ecancer. Read his previous blogs here.