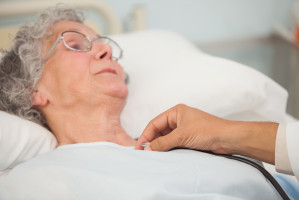 “In this randomised, double-blinded, placebo-controlled trial, we found that while extended letrozole therapy demonstrated a trend toward improved disease-free survival, the difference was not statistically significant. Overall survival benefit with extended letrozole was also not evident. These findings, coupled with the small increase in the risk of arterial thrombotic events after 2.5 years, will require careful assessment of potential risks and benefits before recommending extended letrozole therapy to a postmenopausal patient with early-stage breast cancer,” said Terry Mamounas, MD, MPH, medical director of the Comprehensive Breast Program at UF Health Cancer Center at Orlando Health and chair of the NRG Oncology Breast Committee.

“Such an assessment needs to include patient and tumour characteristics [e.g., age and nodal status at diagnosis], existing co-morbidities, information on bone mineral density, as well as how well the patient tolerated the first five years of endocrine therapy,” he added.

Previous studies have shown that about half of the recurrences and about two-thirds of the deaths in patients with HR-positive early-stage breast cancer occur after the first five years from diagnosis, Mamounas explained.

Median follow-up from randomisation for the 3,923 patients included in the analyses was 6.9 years. As of August 2016, 631 DFS events had been recorded.

Extended letrozole therapy resulted in a nonsignificant 15 percent reduction in the risk of a disease-free survival event, which included a recurrence of the original breast cancer, cancer in the opposite breast, a non-breast malignancy, or death from any cause prior to the occurrence of one of the other DFS events.

However, a statistically significant improvement in BCFI was noted, with a 29 percent reduction in the risk of breast cancer recurrence or cancer in the opposite breast as a first event.

Additionally, a 28 percent statistically significant reduction in the cumulative risk of DR was observed.

Extended letrozole therapy did not significantly increase the risk of osteoporotic fractures or the overall risk of arterial thrombotic events.

However, Mamounas noted that although the risk of arterial thrombotic events was not elevated overall, it became elevated for letrozole-treated patients after 2.5 years.

“Postmenopausal patients with early-stage breast cancer who approach completion of five years of therapy with an aromatase inhibitor should carefully weigh and discuss with their physician some of the above mentioned factors before making a decision to continue or to stop therapy,” Mamounas said.

The investigators have not yet had the opportunity to examine the benefit from extended letrozole in the B-42 patient population according to various genomic classifiers that have been found to predict risk of late recurrence and/or benefit from extended adjuvant hormone therapy. Such studies are currently being planned and will be implemented soon, Mamounas noted.

This study was funded by the National Cancer Institute and Novartis.