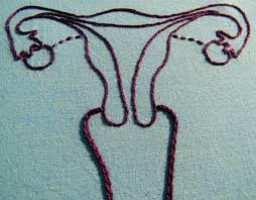 Ovarian cancer is the most lethal gynecologic malignancy.

Since epigenetic alterations are reversible in nature, these changes have emerged as attractive targets for epigenetic therapy for cancer.

However, modelling this cancer type for epigenomic research is a great challenge for preclinical researcher1.

Recent genomic analyses showed that most commonly used HGSOC cell lines, like SKOV3 and A2780, are less representative models of HGSOC.

Recently, a panel of about 50 ovarian cancer PDXs with different histological subtypes have been established and genomically characterised for future cancer research at University Medical Centre Groningen, The Netherlands3.

Although several comparative gene expression and mutational studies have been performed for HGSOC PDXs, comparable studies on the epigenome are not yet available.

In a recent report, published in Genome Medicine, lead author Tomar and colleagues performed a genome-wide analysis of the DNA methylome of HGSOC patients with their corresponding PDX tumours, from different generations of tumour propagation.

They found minor changes of 0.6-1.0% of all analysed genome-wide methylation-enriched regions (CpG sites) during propagation showing that HGSOC PDXs were epigenetically stable4.

Further, they analysed global methylome changes after treatment of HGSOC PDXs with clinically used DNA demethylating agent decitabine (DAC) and cisplatin, as platinum-containing chemotherapy which is regarded as standard care in first-line treatment of HGSOC.

Treatment of PDXs with decitabine caused a reduction in methylation in 10.6% of CpG sites in comparison to untreated PDXs.

Unlike to DAC treatment, cisplatin treatment had a marginal effect on the PDX methylome.

Conclusively, HGSOC PDXs resemble the global epigenome of patients over many generations of propagation and can be modulated by epigenetic drugs.

Novel epigenetically regulated genes such as CSK and related pathways were identified in HGSOC.

Furthermore, the findings of this study corroborate with other epigenomic studies on PDX models of various other cancer types like colon, lung, head & neck and osetosarcome, where they also showed epigenomic stability of this clinically relevant PDX model 5,6.