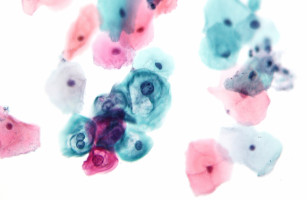 Stand Up To Cancer-funded researchers are using viruses to ramp up the effectiveness of a range of cancer treatments – including immunotherapy and radiotherapy, in a new study launched in October.

The scientists, based at The Institute for Cancer Research, London, are looking at how specialised viruses that hunt down and attack cancer cells, could be used treat the disease alongside other treatments.

Immunotherapy drugs that are designed to activate the body's own defences to attack the cancer cells are revolutionising how the disease is treated. But, while they are extremely effective for some patients, they don’t work for others.

To turn this around, Professor Alan Melcher and his colleagues are developing viruses that could be injected into the bloodstream of skin cancer patients and are designed to start attacking the tumour.

This attack would flag the disease to immune system which, if activated by an immunotherapy drug, could prove an even more effective approach to treating the disease.

They will also use their virus approach in combination with radiotherapy.

By killing cancer cells, radiotherapy triggers an immune response to help mop up the debris.

Giving a virus at the same time may boost this response and ramp up the body's cancer fighting power.

Using viruses could reduce the impact of steroids on the immune system.

Steroids are commonly used to treat cancer and to help patients cope with the side-effects of their treatment.

In some cases, a side effect of steroids is a reduced immune response.

In patients whose immune response is decreased, injecting a virus could reawaken it to tackle the tumour.

Professor Alan Melcher, professor of translational immunotherapy at The Institute of Cancer Research, London, said: "The immune system is an incredibly powerful tool in dealing with cancer, but it only works in some patients. Understanding more about how it works, how immunotherapy can best be used other alongside cancer therapies, and how we can boost the immune system's effectiveness against cancer is vital to helping more patients.

"We hope that our approach of adapting and then injecting the body with immune activating viruses that seek out and target the cancer, could bring effective immunotherapies to many more patients."

The study will also explore the most effective way of giving a cancer-attacking virus.

The only approach that has been approved for patients involves the virus being injected directly into the tumour.

But this approach is limited, and cannot reach all the cancer if it has spread around the body.

The researchers are also looking at safe and effective ways to deliver viruses into the bloodstream, so that they can seek out cancers wherever they have spread around the body.

Dr Sam Godfrey, research information manager at Cancer Research UK, said: “Research that brings cutting edge science from the lab to benefit patients will help us to save more lives, more quickly. Thanks to the thousands of people who support Stand Up To Cancer we are able to support researchers like Professor Melcher to make the discoveries that will lead to exciting new treatments.”

Stand Up To Cancer is a joint national fundraising campaign from Cancer Research UK and Channel 4.

Launched in the UK in 2012, more than £25 million has been raised in the UK, supporting more than 30 clinical trials and projects.

Twitter has also donated a twitter emoji to support Stand Up To Cancer, which appears every time #StandUpToCancer is used.